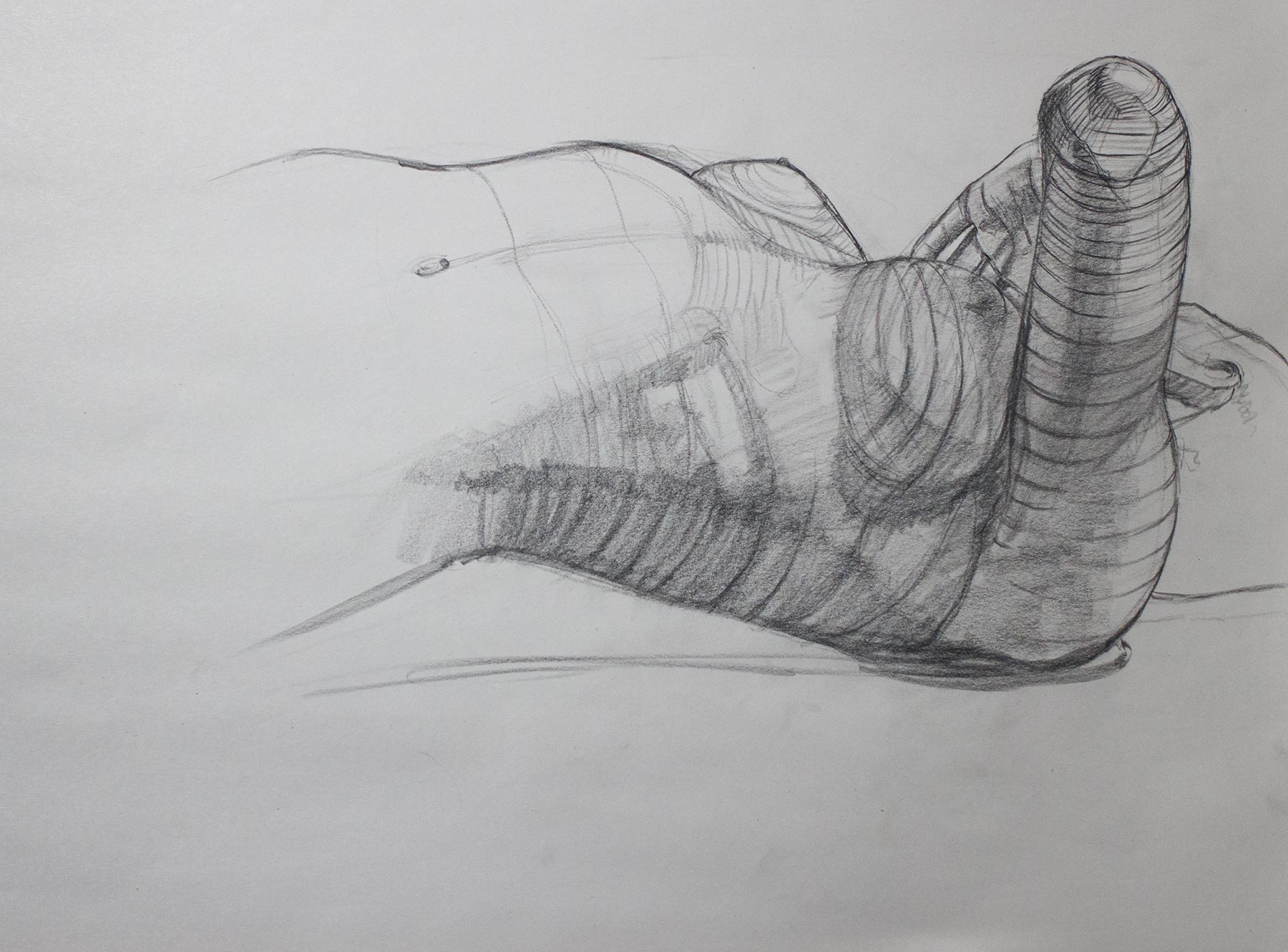 I spent two hours drawing today, really focused on trying to visualize volume of the current painting I’m working on.

Even after two hours I don’t think I got much drawing done. I believe I did more thinking than I drew. Or maybe I just went over the same area multiple times, not sure. But anyway, I’m making headway on trying to understand how the form of this female figure moves through space. 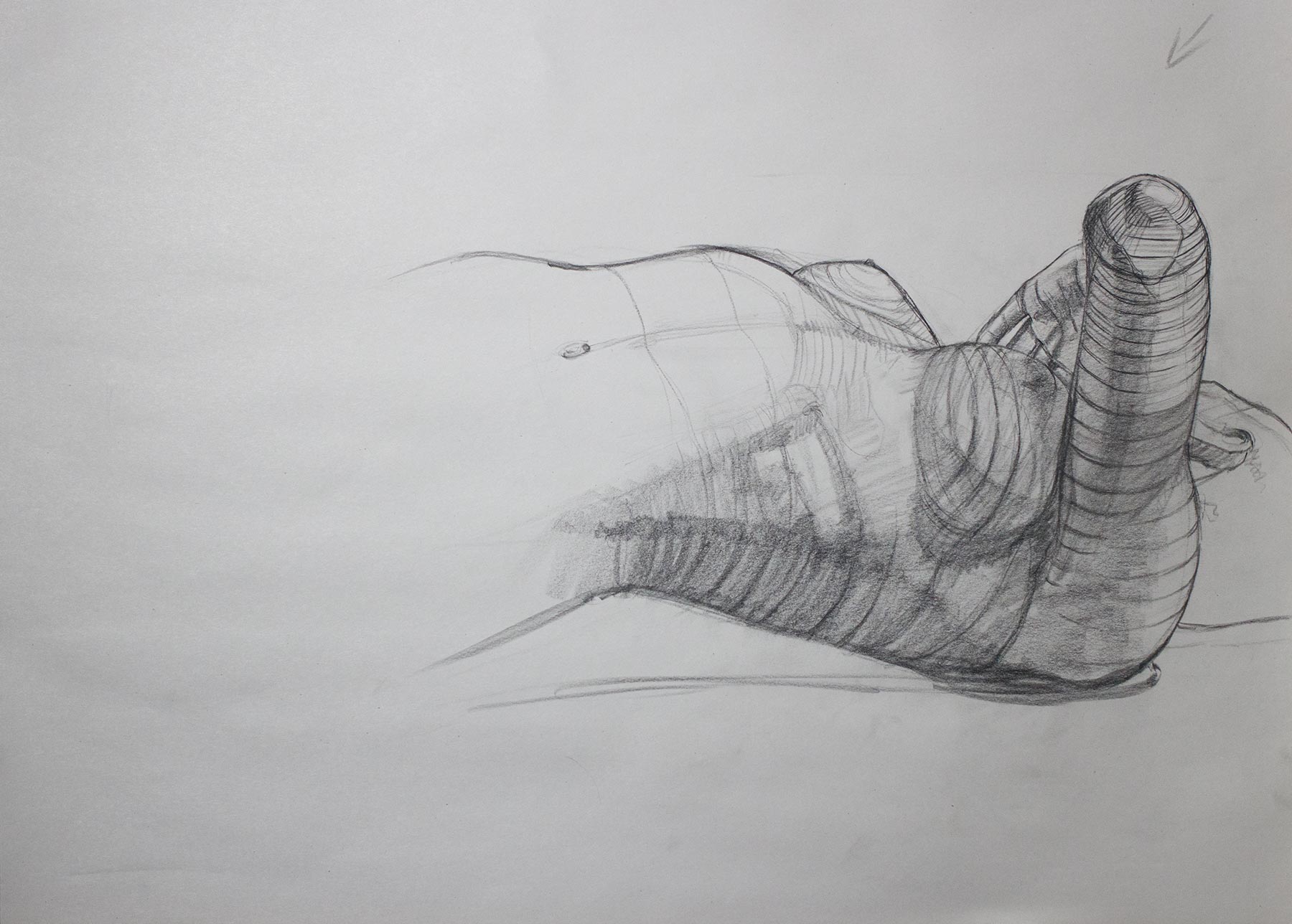 While doing this exercise I realized that one of biggest issues with photographs besides making shadows look like blank dark holes is their inability to convey the volume of a form. In most cases without knowing it I think we rely on the symbolic idea of a form rather than what is actually happening, just because it is hard to tell in a photograph.

For example, this model’s breast, the closest one to us, looks as if it has the stereotypic perfect spherical shape but upon closer inspection of the photo I noticed very slight changes in the value transition that suggests a flatter plane on the top. Now, I know if I was looking at this model in real life in this position I could tell right away how these forms move through space, but in the photo, a lot of that detail is hard to see.

The next part of this exercise that I was having trouble with is how to describe the turn of the form with contour lines. Drawing a contour lines around a cylinder that are all at the same angle to me seems incorrect. As each contour in succession is at a different location from the viewer it’s perspective should change, as illustrated.

Yet, as I write this I may be thinking about it too much. Cylindrical perspective happens when the object is quite large and in the case of this figure I think worrying about the change in each contour lines perspective may be unnecessary.