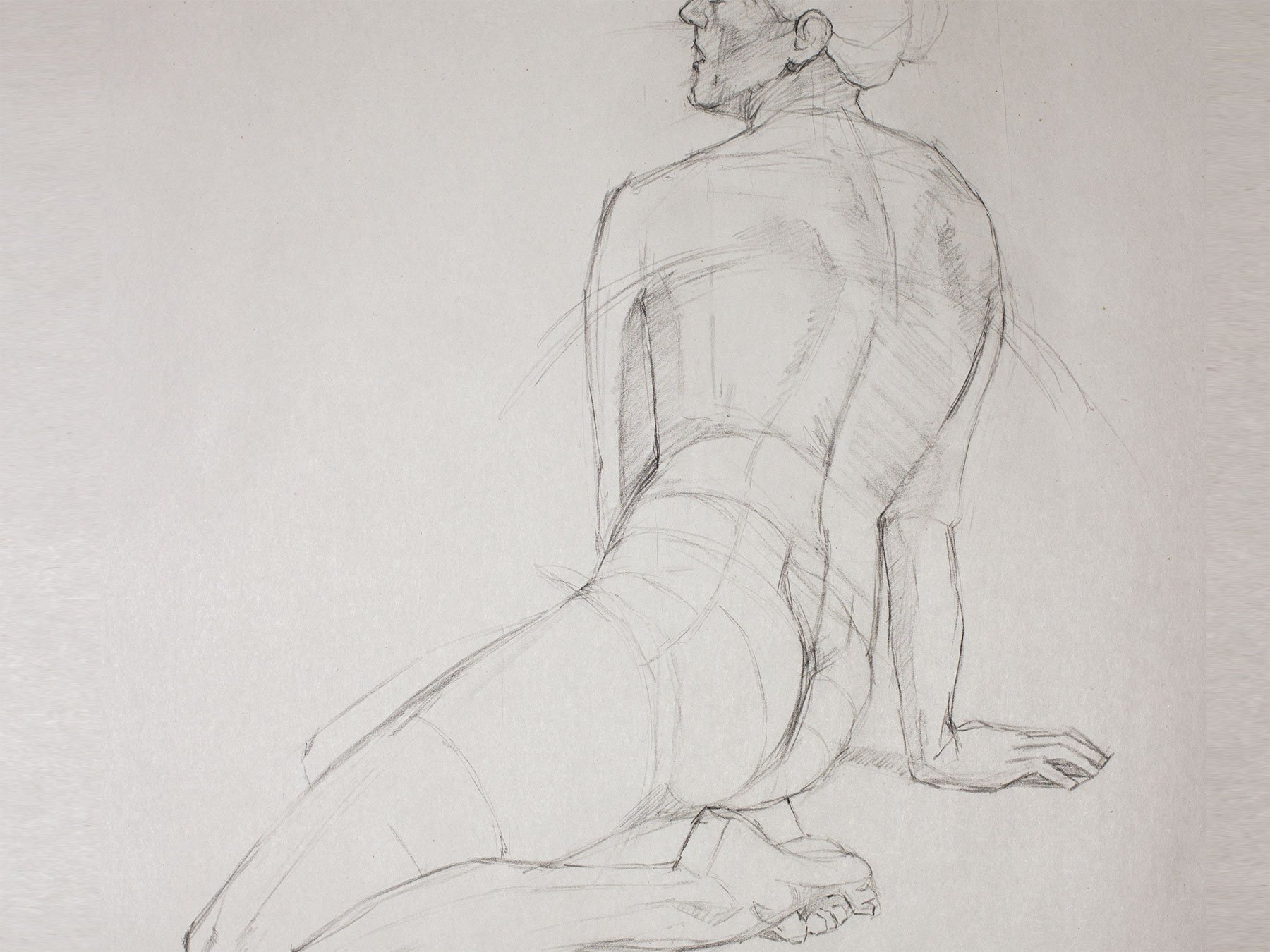 As I constantly strive to improve my drawing I find myself going back to basics, it’s not exactly like starting over, but some days it feels like it.

One of the quickest ways that I know to improve on anything is to recognize in detail what is lacking and deal with it directly. So, I recognize that I have a very difficult time thinking three dimensionally. Far too often I focus on the contour and the visual rather than the perceived structural nature of objects.

I must say that drawing this way is very challenging for me. But I have help. I just received, after a long wait, a new book in the mail. Fundamentals of Drawing by Vladimir Mogilevtsev. Here is a good review of the book by James Gourney, this is also where I learned of it.

I’ve always liked the style of the Russian academies drawings, they are always very structural. The book takes you through the steps in building a portrait and a figure with this method and I think the next few drawing session that I do at home will follow along with the book.

Now, speaking of starting over, here is my ecorche progress… or lack there of. So far I’ve started over the pelvis twice and I plan to do it a third time. After really looking hard at the shape of the pelvis and the location of the Acetabulum in reference to the Iliac crest I decided that my armature had to change. So I pulled off all of the sculpy and spent a lot of time adjusting the shape of the pelvic armature.

It’s closer than it was before but after getting deep into sculpting the pelvis again I ran into an issue with the armature again. The two halves of the pelvis are much thinner than I realized and if I sculpt them accurately my armature wire will be sticking out of the back of the pubic crest. So now I have to pull off the sculpy again and make hopefully the final adjustment to the armature.

Well, one thing I know is that you learn by repeating, so by the time I’m done with this pelvis I should know it really well.