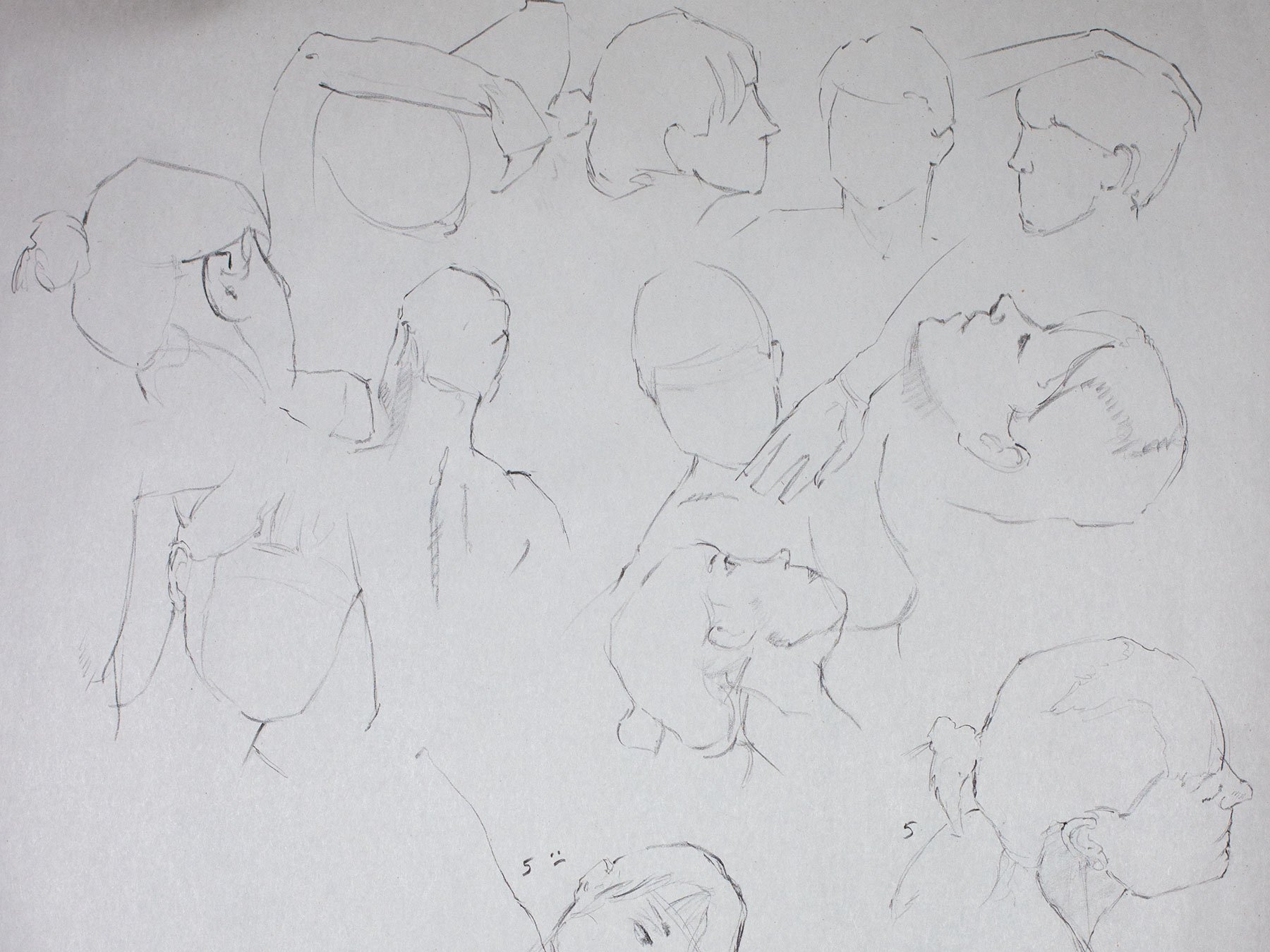 I’ve always been pushed, or guided, to go fast when drawing gestures in the hopes of drawing the entire figure accurately in a very short time, but today I’m going slow on purpose.

I’m going slow on purpose because I have a different idea of what is actually “fast”. Normally when we think of a fast artist we have a video in our mind of a person speeding through a piece with their hands blurring. But, the truth is quite opposite if you have ever watched any really good artist give a demo they are more calculated than fast. Their speed is built on accuracy, getting it right the first time.

So this is what I’m working on, accuracy. The only way that I can figure how to get better at accuracy is, like everything else, through practice. So the normal generalization of the figure through gestures containing sweeping arcs is not going to work here.

I start with detail right away and then try to draw everything once. No corrections, no erasing, just get it exactly right the first time. Yes I only get a small portion of the figure done, but this is fine. What I do get down on paper is as true to the image as I can get it in the short time that I have.

The 10 minute drawings seem to work the best. I can almost get the full figure down with really good accuracy. As long as both hand and the face are not very prominent. I’ve found that if the pose features both hands close to the head and all the fingers are visible than I could spend 10 minutes on just those three items and still not get them done.

I have another theory about gesture. The purpose of gesture is to draw the figure and describe its movement in simple terms. It forces you to think quickly about large shapes and long lines. So I ask the question, if you traced over a photo of a figure, would you still see the gesture? I’ll have to try it but I think you would see the gesture of the figure. Of course the gesture wouldn’t be embellished or “pushed” further but it would be more natural.

My theory is, if I could copy the figure as perfectly accurate as I can see it, like tracing, then I could capture the gesture. Also, if I was able to copy the figure, or anything I see, as accurately as tracing then I could use this ability for much more than just gesture.

Now, the obvious argument against this is that coping is not artistic. Representational art is all about being influenced by what we see and making an image more than just what it is. I agree with this. I do think that image making should have a higher purpose beyond just faithfully rendering what we see. But, I also think that focusing on the message before acquiring the skill will lead to great ideas stunted by inability.

I also worked for an hour on my ecorche. We are not onto actually adding the sculpy to the armature but I think we are getting close.

1 thought on “Slow On Purpose”