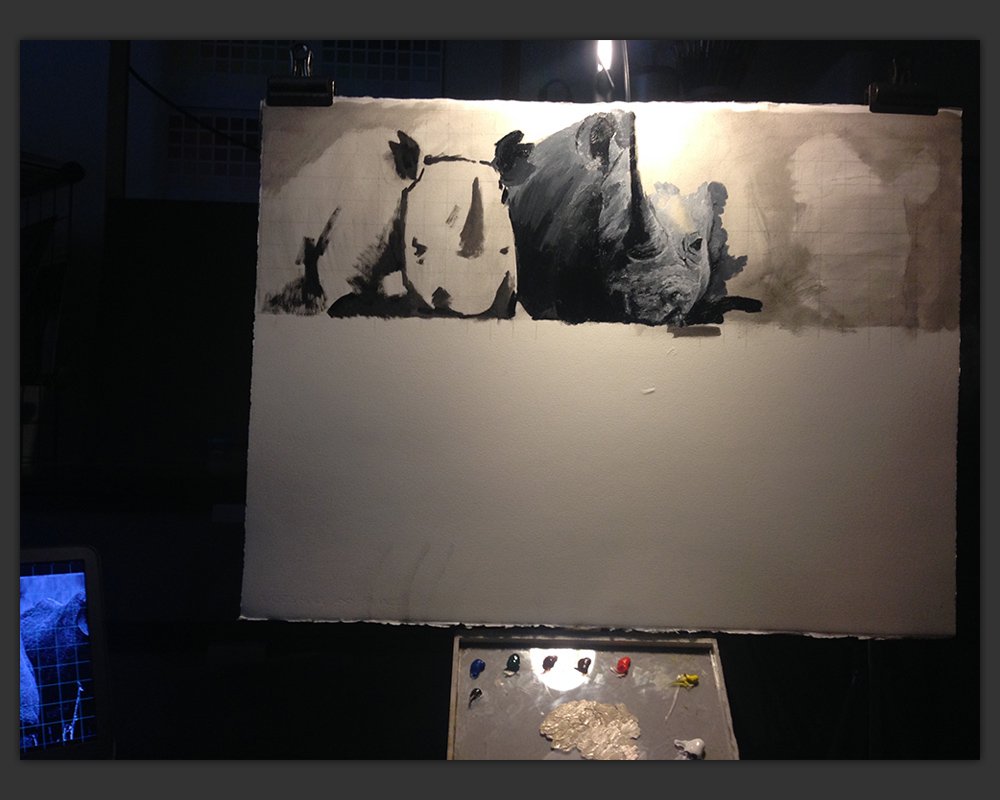 Tonight I started a much larger Rhino painting.  Unfortunately I had forgotten to take a closeup picture or even a good setup picture, but I expect to work on this for several days so I’ll get better pictures when its done.


Like previous I picked out a photo that I responded to then edited it in Photoshop enough that I felt it was far from the original. Actually in the picture the Rhino on the right was far off and I brought him/her closer to the center. I also de-saturated it to a point of almost black and white then cropped it way in for a very horizontal painting.

At this stage in the painting I’m just getting the drawing correct and not worrying about much else. In fact I just remembered that the photo featured for this post is a bit further on then I actually accomplished on this session. Tonight I only got the drawing done in pencil on this new Arches oil paper.