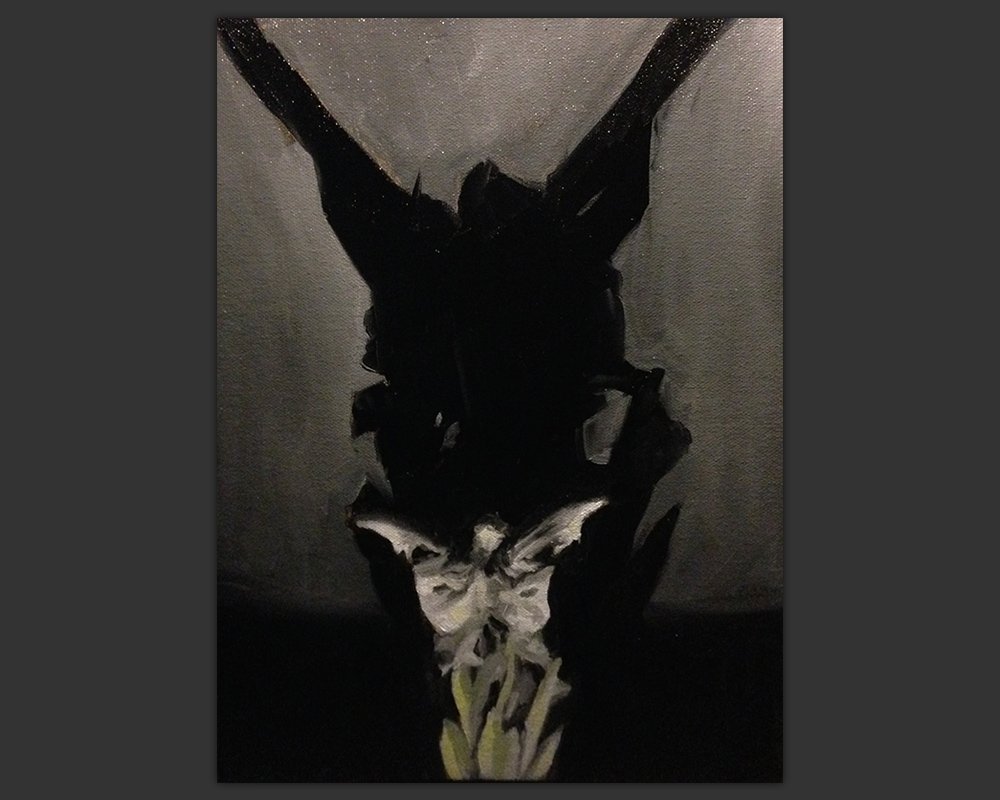 I went through all of my artwork from the past year or more and made a scorecard for all the works that I liked. The scorecard consisted of things like; Drawn well, Focus on value, High contrast, Composed etc… As I went through all my work and picked out pieces that I liked I would mark any attribute of the scorecard that the piece pertained to and I ended up with a definite indication of what I’m most interested in.

Overwhelmingly most of the works that I have done, that I also still like, have all been drawn well, have a focus in value with high contrast and were deliberately composed. This is very important information for planning my future of art and directly influenced tonight’s painting. I wanted to do a painting that was dawn well, with a focus on value and high contrast so the first thing I started looking at around my apartment was the lights and the shadows that were cast by them.

I found something very interesting, if you try to cast a shadow with normal lighting you will get a very weak, blurry and very indistinguishable shadow cast, but if you use a cell phone light the shadow is super crisp and sharp from any distance. It was pretty amazing, I just walked around my apartment  with all the lights off with the flash light on my phone casting shadows by random objects everywhere. Some of the visuals I created were similar to staged light shows. This is something I will definitely consider playing with further in the future. 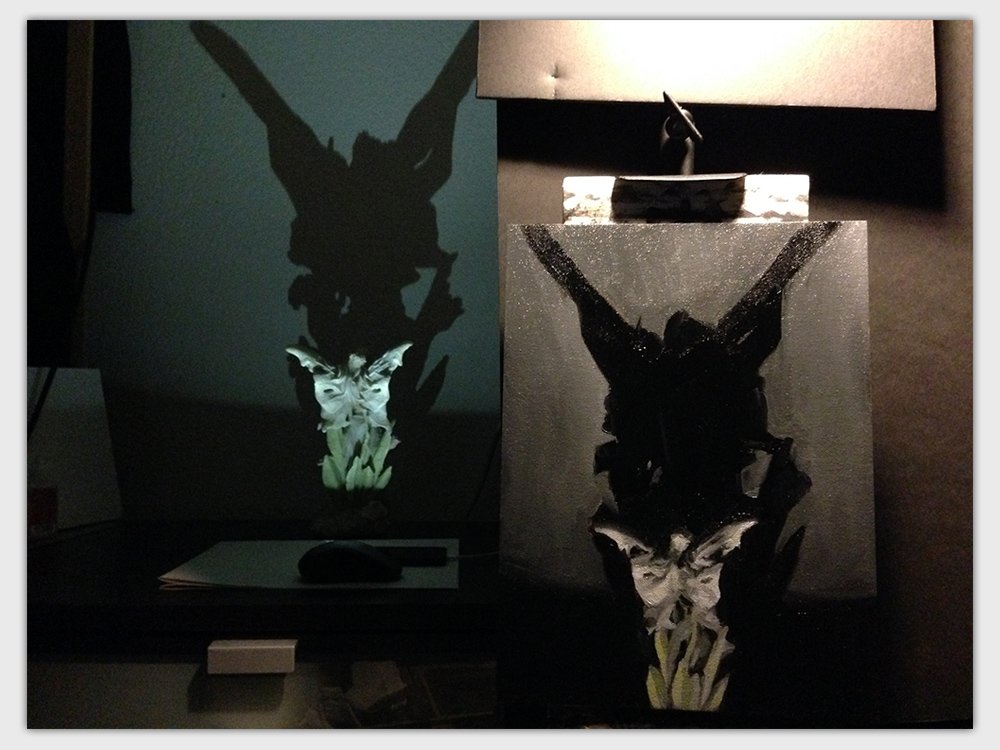 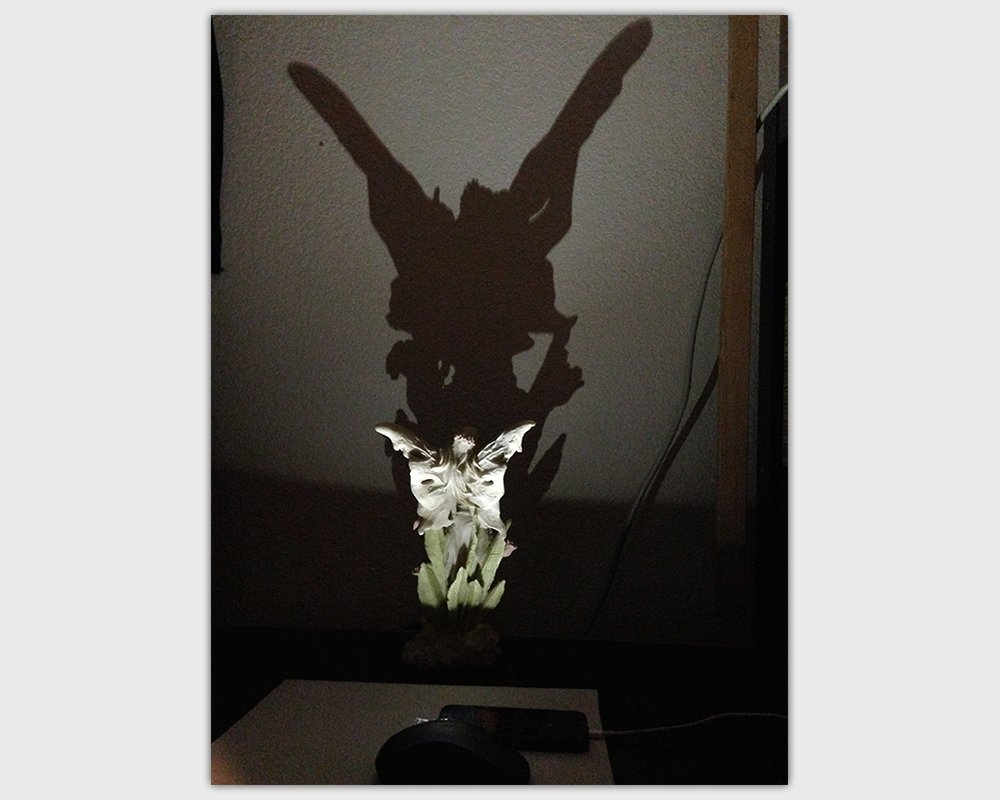