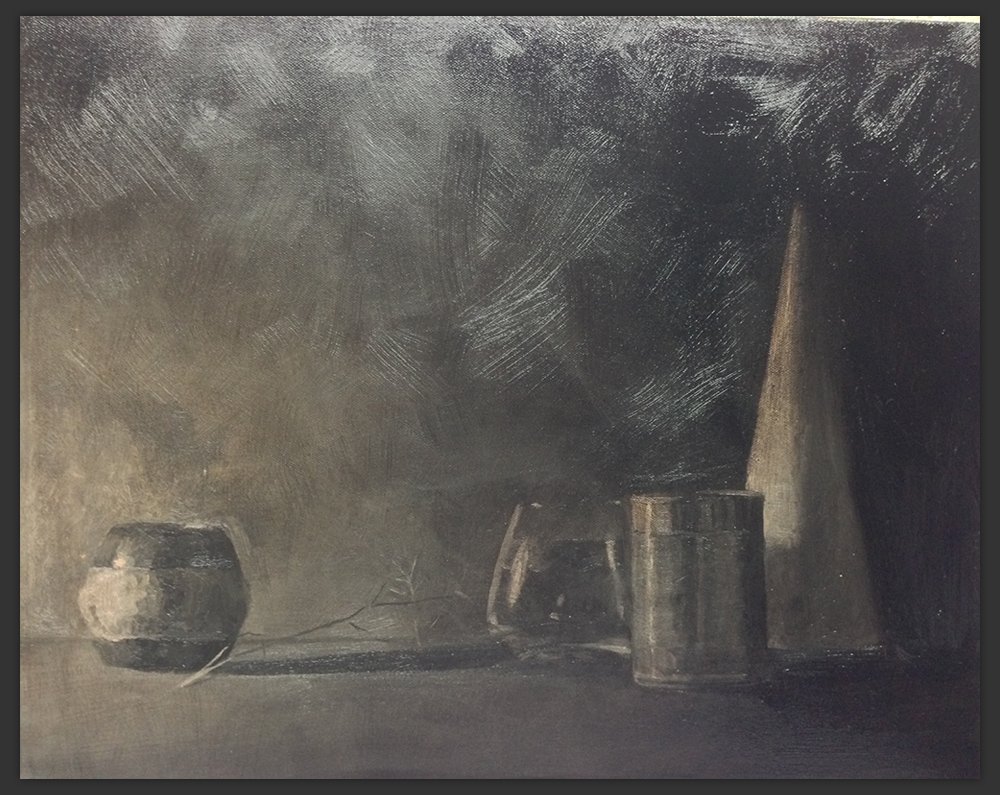 Tonight in painting class Jamie had work on mixing color. Specifically our challenge was to take our brightest yellow and find the best mixture to get a yellow that extended from the highest value on a scale to the lowest value, which would be very close to black.

One of the best comments that Jamie said was something like, “you have to forget about the word yellow and think in terms of actually color”. I think because trying to describe colors that are so complex and subtle is like to disassemble a car with a screw driver. The language of color becomes a sad and incomplete method for describing something so vast and complex.

After the color mixing test I worked a bit on the painting, by first sanding down the texture that I didn’t like on the left side. Then I did a dark wash over the entire painting to push everything back a bit. Originally I wanted it to be a cool tone but it came out a bit purple and I overcompensated and it ended up much too warm. I will have to do another glaze over the background but in a more cool color this time. Who knows the multiple glazing attempts may even increase the since of air in the painting. 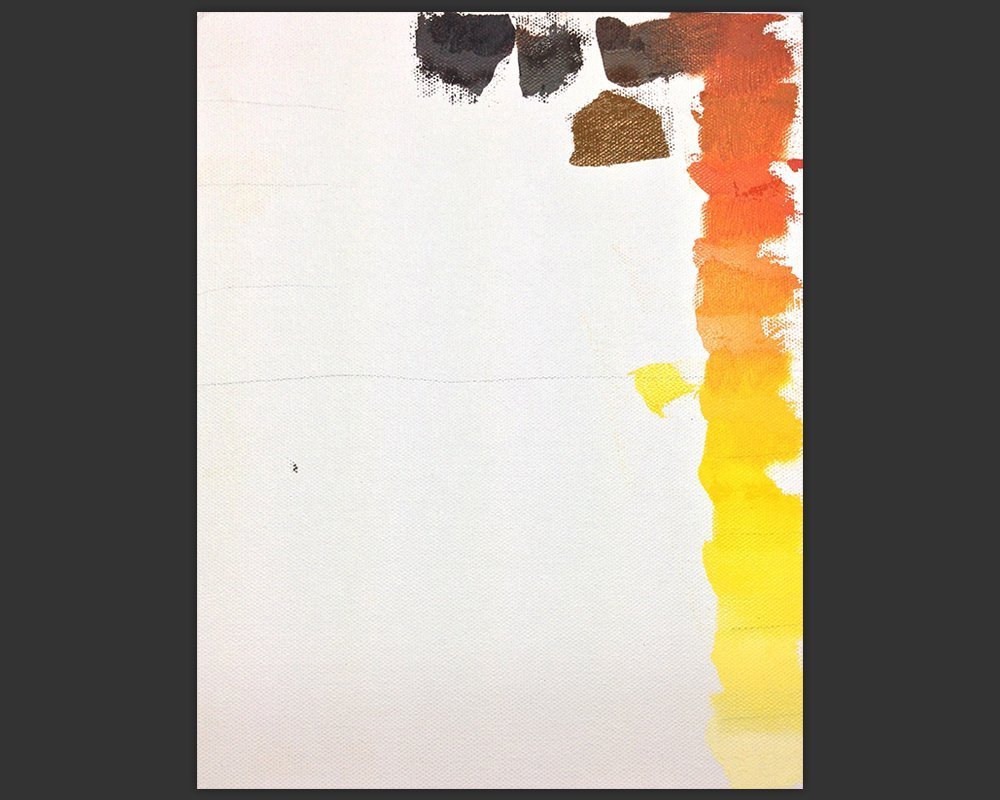