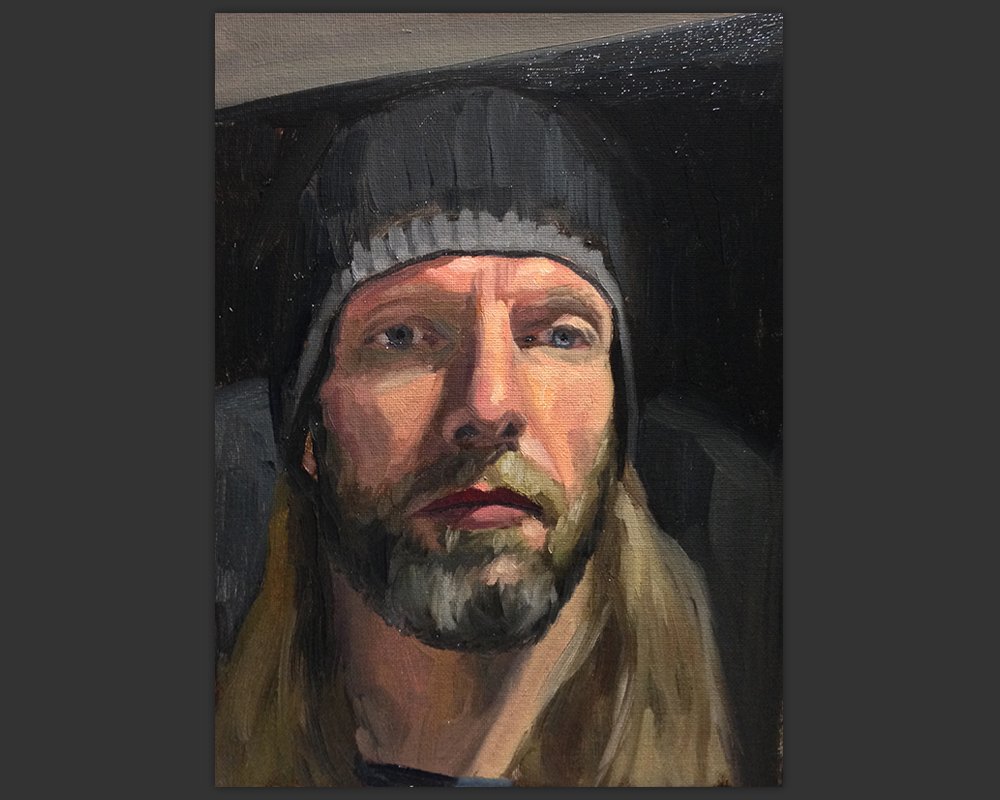 I wish I had take a picture of the process with this painting. It was very early on that I knew that painting was successful. I started as normal by brushing a dark color over the entire canvas to prepare for a reductive start. But, I made a small change. I noticed that I could brush the dark color over the canvas but still leave recognizable brush strokes in the wash. So, I used this to do a pre drawing of my head to kind of mass in the major shape and location of features. It was actually very helpful.  I was able to start pulling out lights with paper towels and know that they were already in a good spot.

I moved through the painting as normal after the reductive start. I added in the darkest areas, then the shadow areas of my head and lastly I worked on the lighter areas. Now that I think about it, I would usually go for the light areas much sooner, maybe waiting on those was better. One thing is for sure, I know I like painting the figure much more than anything else. I feel like I could get lost in it some times. I guess that is why time seems to fly by in my life drawing classes. 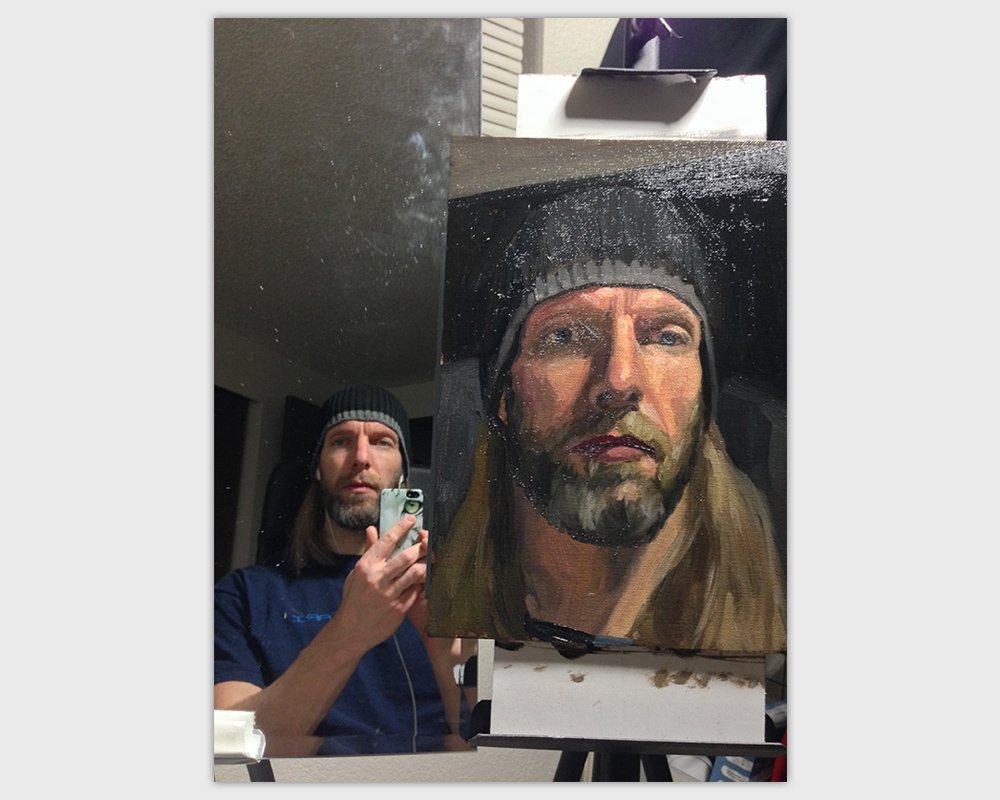 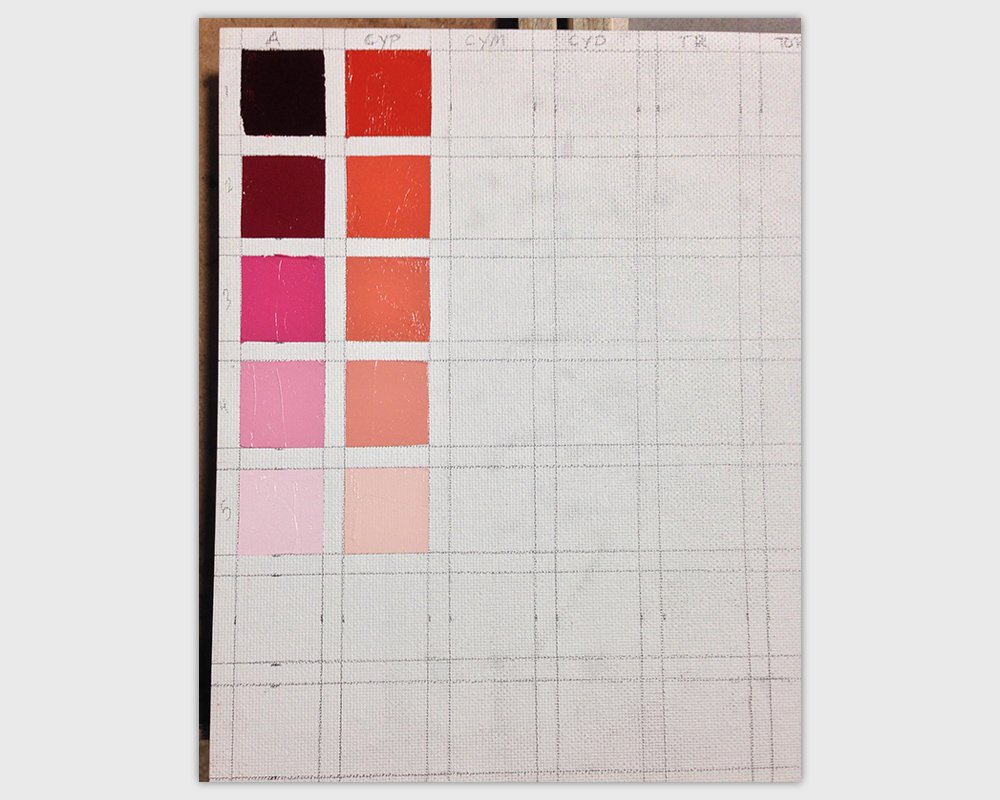