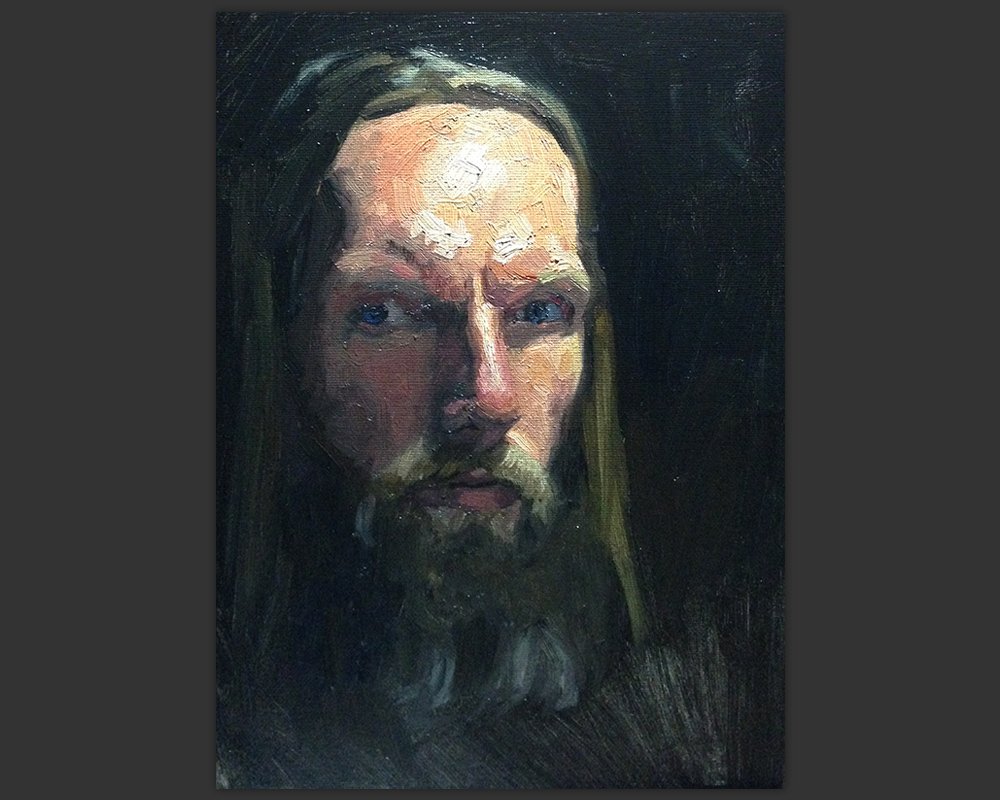 I wasn’t sure what to paint tonight so I started flipping through three of the books that I purchased in Portland. “Oil Painting Secrets From a Master” by Linda Cateura, is a great book that accounts a ton of information that Lynda learned while attending David Leffel’s class at the Art Students League in New York. David Leffel’s paintings are amazing and are heavily influenced by Rembrandt. And tonight my painting was heavily influenced by David Leffel.

It felt like I was painting in the dark. I didn’t have a very bright light on me and it was the only light in the room. I did this so I could focus on the very basic of light and shadow shapes of my face. I also did this for mood, as you can tell I must have been in a dark mood because I look angry in the picture. Although I wasn’t angry at all, just really focused.

I also tried to paint as thickly as possible. I wanted to model the paint like clay almost and do a lot of mixing of the paint on the canvas. All in all I think I accomplished my goals rather well. I wish the drawing was a bit better, but that just takes more time on the whole. 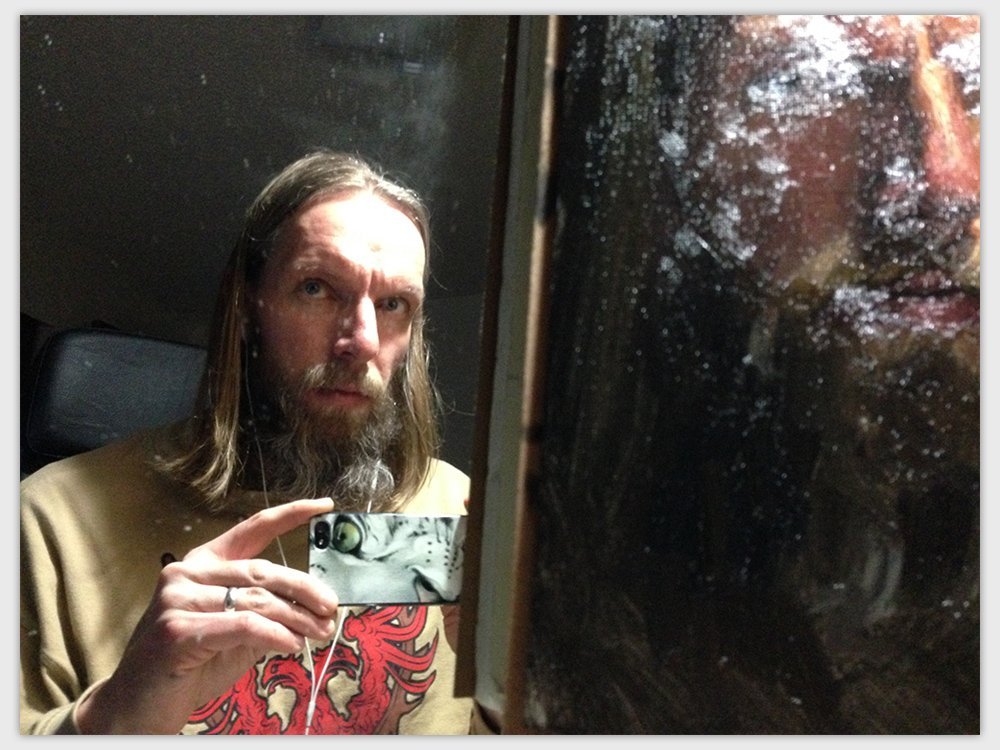