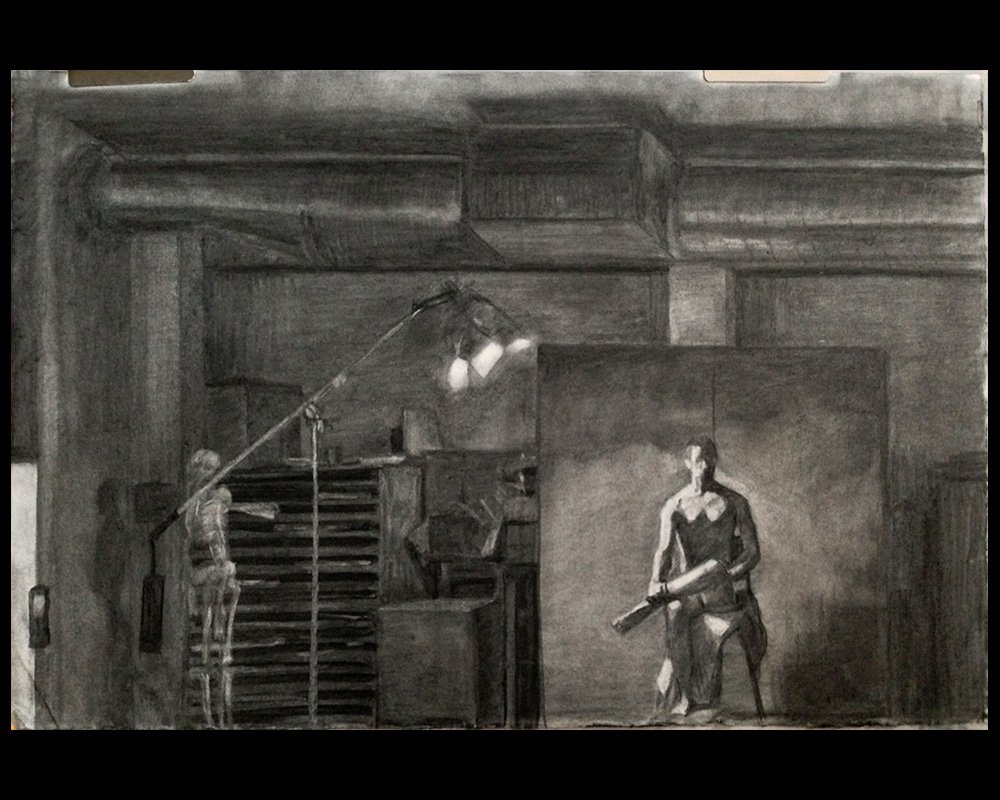 Gage Academy Sunday life drawing is quickly becoming my favorite drawing class, mainly because of all the great people that are there.

I have such a wonderful time at the Gage Sunday class and I just realized today that the reason it is so great is because the other artists are really awesome.

I had no goals set going into this drawing today so I spent the first 10 minutes of the pose deciding on what I wanted to try an accomplish. Lately I have been spending lots of time pondering the focus of my art, and in order for me to embark on that path I need to begin describing the figure within his/her environment. So that is exactly what I decided to do, and this studio doesn’t have any lack of interest and for the next 10 minutes of the pose I did a few compositional thumbnails of the whole scene. I eventually decided on reducing the figure tremendously and allowing the space to engulf the figure.

You can see some of the thought process in my thumbnails here. The first couple thumbnails have the figure taking up most of the space in the composition but eventually the figure takes a back seat to the studio, as far as size is concerned but just because the figure is smaller its importance isn’t diminished at all.

Here is the studio, without the model of course, after all the other artists left I stayed and worked more on the drawing. At one point I was contemplating removing the figure all together and leaving the chair empty, but I decided that it would have been a bit too cliche, and my original reason for doing this composition was dependent tremendously on the figure existing in the environment.