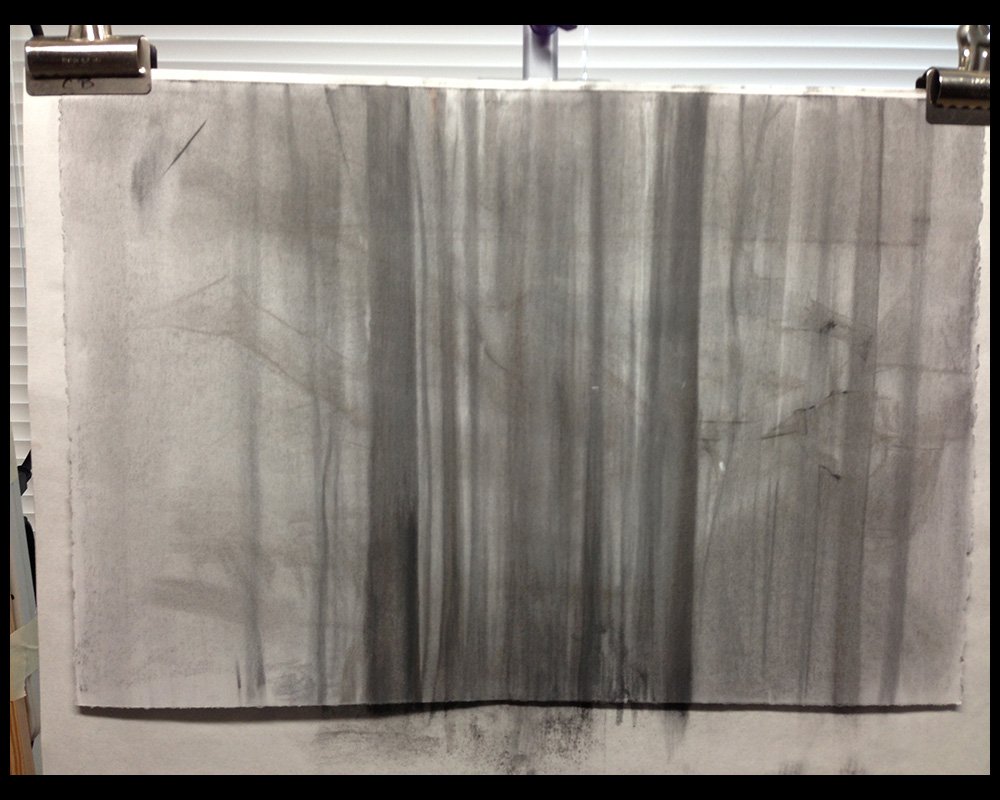 Today’s drawing was partially a failed experiment, but I always seem to learn the most from my failures.

I’m really glad that I have been using a good sheet of paper for these last few drawings. So far I believe that this one sheet of paper has had 3 different drawings on it and its still holding up to the abuse.

Over the years of doing artwork I have always chased images which have originated in my head. Sometimes these images were given light from a moment of inspiration, other times they have risen slowly from an idea or narrative. I’m not sure where the current image I’m dealing with came from but I do know that it has been with me for a long time.

The following three paintings were done 7 or more years ago and were part of a solo show in Florida.

Today’s drawing attempt is coming from these past works and a few other new influences. The photo that I’m working from was taken this year during a hike in Washington. Also many of my current thoughts are being influenced from the videos I’m watching on Kahn Academy and Netflix about artists and the art world. Both are wonderful resources for learning about artists over the centuries, but Netflix is best if you want to see contemporary artists currently working and I must take a space to write about my current favorites.

So far my favorites are, Jiro Dreams of Sushi, Gregory Crewdson: Brief Encounters and Gerhard Richter – Painting. I find it interesting that only one of those videos is about a painter. And I must admit that Jiro Dreams of Sushi was the video that really influenced me to get back into art after my 6 year hiatus. For every artist I research there is one attribute that connects them all and may be the reason for their greatness, and that is their overwhelming tenacity in their craft and pure stubbornness to keep it at the top of their priorities. The art pervades their life and engulfs them daily, their almost drowning in it constantly like an addict hooked on a drug.

I can’t really explain today’s image, like with most things language is much too thin in explaining such complicated ideas, but I can simplify it by just saying that is has similarities with trees shrouded in fog.

I worked on this from of photo displayed on my computer screen, printing it would be much too flat.

After feeling really unhappy with an hour and a half of work I erased as much as I could. I was hoping that during erasing the drawing I would reach an image closer to my idea but that didn’t happen. But this paper is not done yet, see my next post.