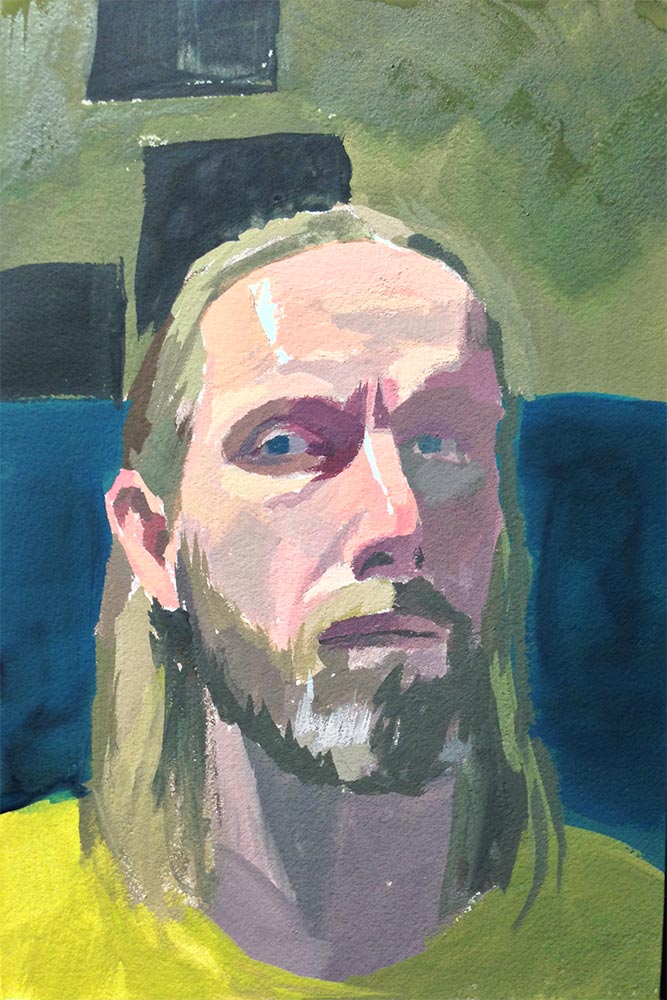 This self portrait plane study painting in gouache didn’t turn out as good as I was hoping, even after I did a self portrait drawing focusing on planes. I’m very sure it was due to my lack of focus.


I find that 90% of the time if my artwork fails its due to lack of focus or concentration. Tonights focus was supposed to be on finishing this self portrait in gouache that I had started yesterday, while studying the planes of my head.

I started out by doing a drawing of my head, focusing hard on seeing the plane changes throughout my face. The drawing looks kind of weird, but the idea is not to make a good drawing, it’s just to train my eye to see the subtle pane changes. 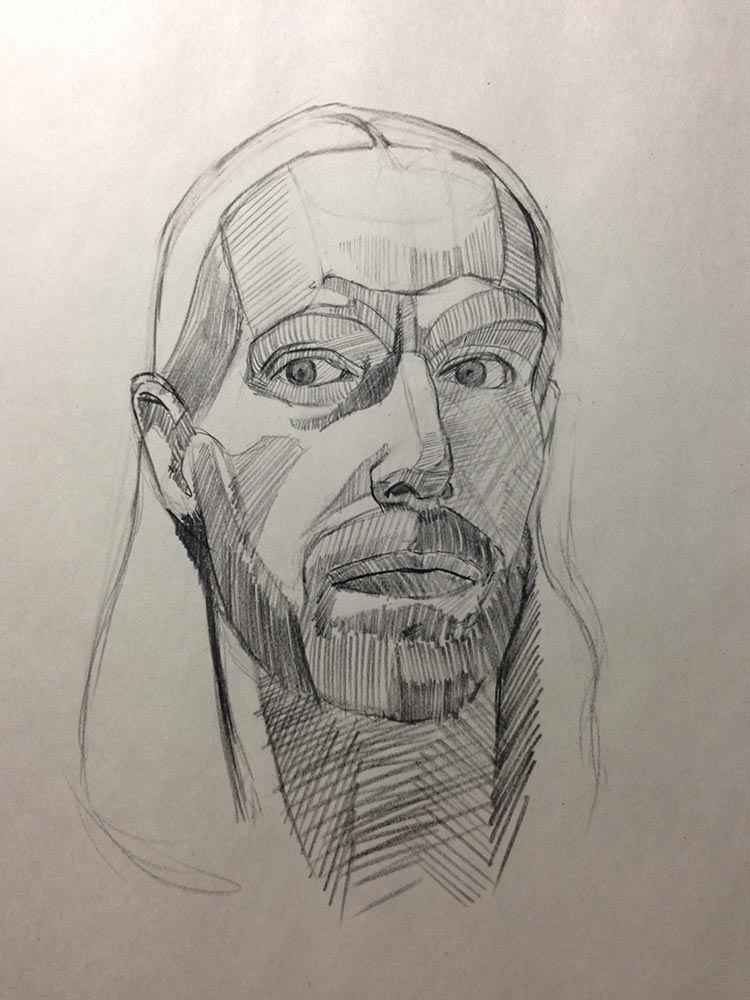 After an hour I was happy with the drawing and I felt like I was getting a good grasp on the planes of my head. 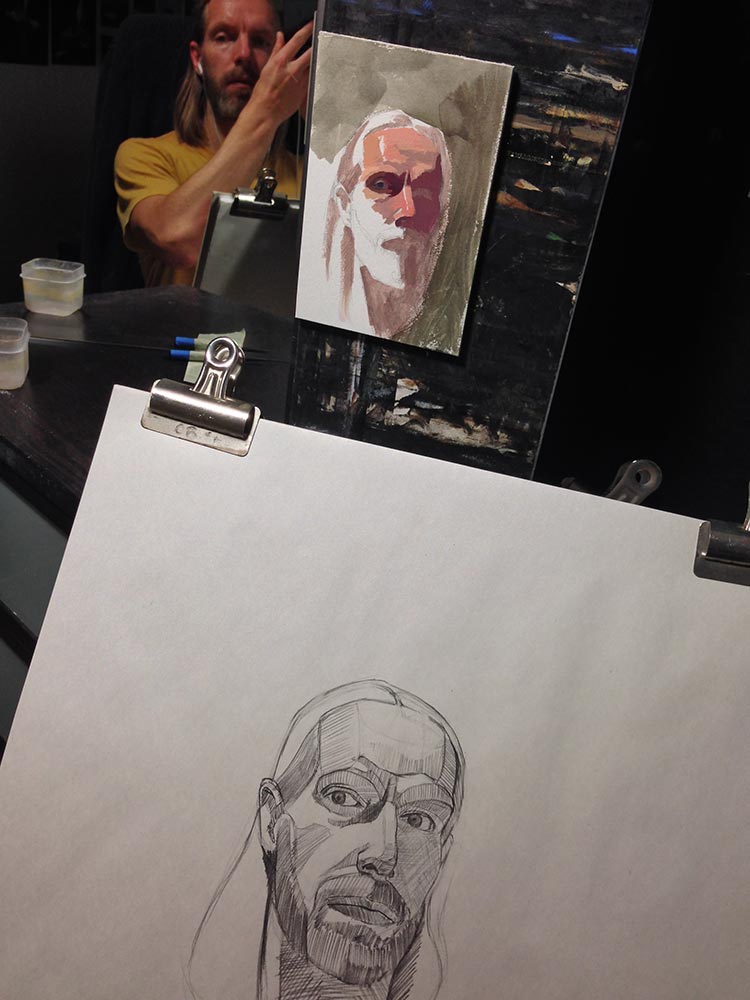 For some reason I lost my focus. I started again on this painting later in the day, a few hours after the preliminary drawing and for some reason I just couldn’t focus. My strokes where unplanned and random for the whole painting, and you can tell.

Actually if you look at the left eye you can see that it’s the only thing in the painting that isn’t half bad. This is the major part of the painting that I finished yesterday when I no issue with focus. This goes to show that mental state when painting is paramount. 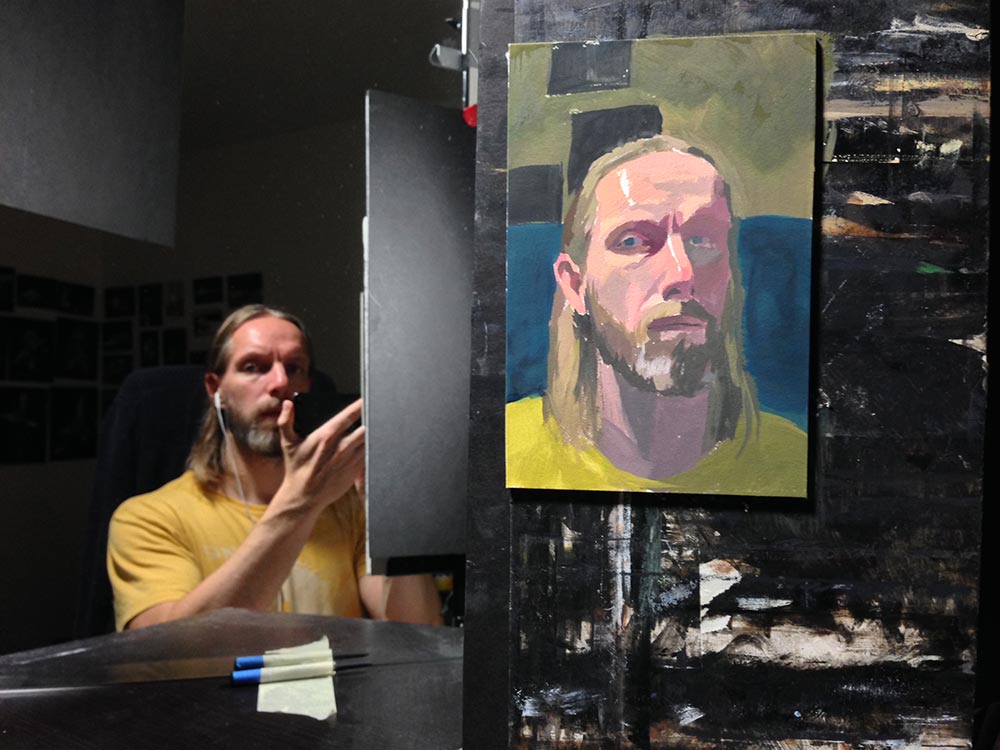