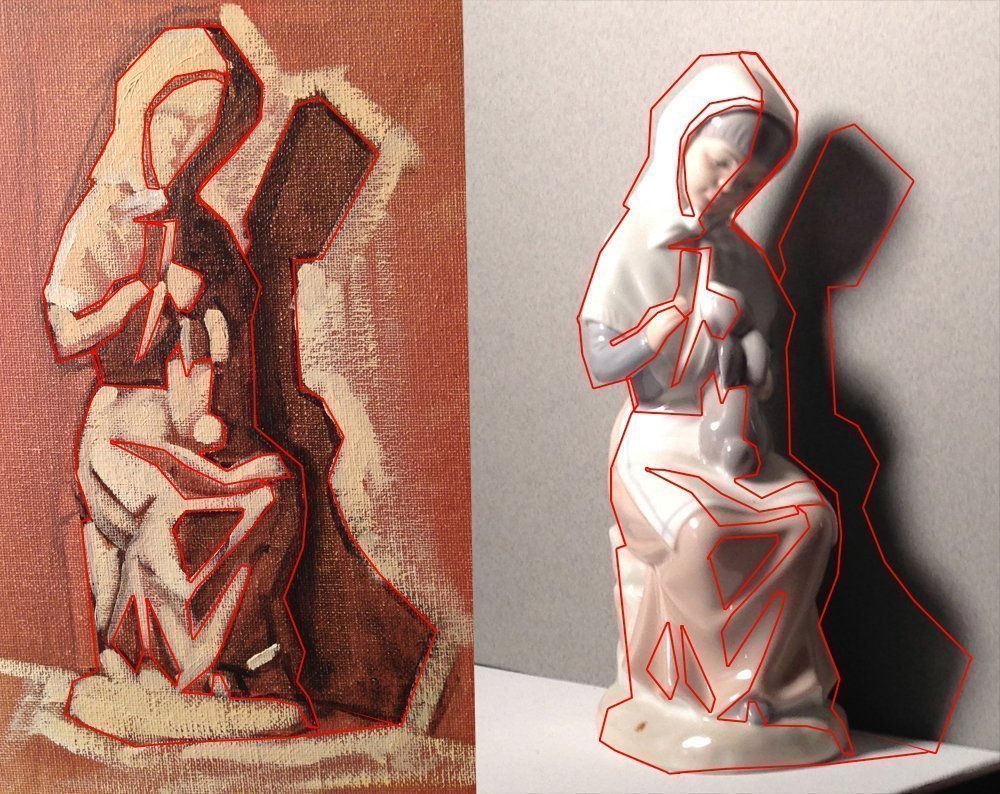 Still working on drawing only. I finished the drawing from yesterday and I’m not sure how happy I am with my accuracy. I also started another drawing of a more detailed statue. I like the fairy figure a lot, but it looks to be a tough drawing. It’s going to take a lot of focus to get it right. I’m contemplating getting the major envelope down then taking photos, doing a comparison, and if it is too inaccurate starting over, then repeating till I get it correct.

I took a bunch of photos of the progress and did some comparisons with the photo of the still life. I have adjusted how I take pictures now, and I’m sure their more accurate than before, well, close enough to give me a good idea of the inaccuracies in my drawing.

My hierarchy of painting importance

Much more accurate than my previous drawings of shit figure. For some reason I still have a lot of trouble with the size of the head. It seems like the close the shape is to a circle the hard it is to get correct. Also the more I focus on a particular shape the more prominence I give it in the drawing. It is similar to staring at the moon in the night sky, if you stare at it long enough it seems to grow. Purely psychological but none the less it effects my drawing.

I remember Richard Schmid commenting on shadowed areas, saying that if you look at them closely without squinting your eyes will begin to dilate further letting in more light and you begin to see more into the shadow then necessary for the painting.

I’m happy with the accuracy here. Although I wouldn’t call this a painting… more like a sloppy study. But I have learned from it, which gives me an idea for my next heading.

Beginning of next painting

I have already wiped this one out, to begin starting over tomorrow. You can see below, indicated by the red circle, the big mistake that basically killed more than half the drawing. The main rectangle (black) was the first and most important measurements that should have been 100% correct. Unfortunately the width was incorrect, I blame myself getting boxed in by the side of the canvas which is a very amateur move, and as a lot of my consecutive measurements were based on the placement of this initial rectangle the whole left side of the drawing was incorrect.

Actually what may have happened here is I drew a plumb line before the width was flushed out completely and that plumb line effect a lot of my initial decisions.