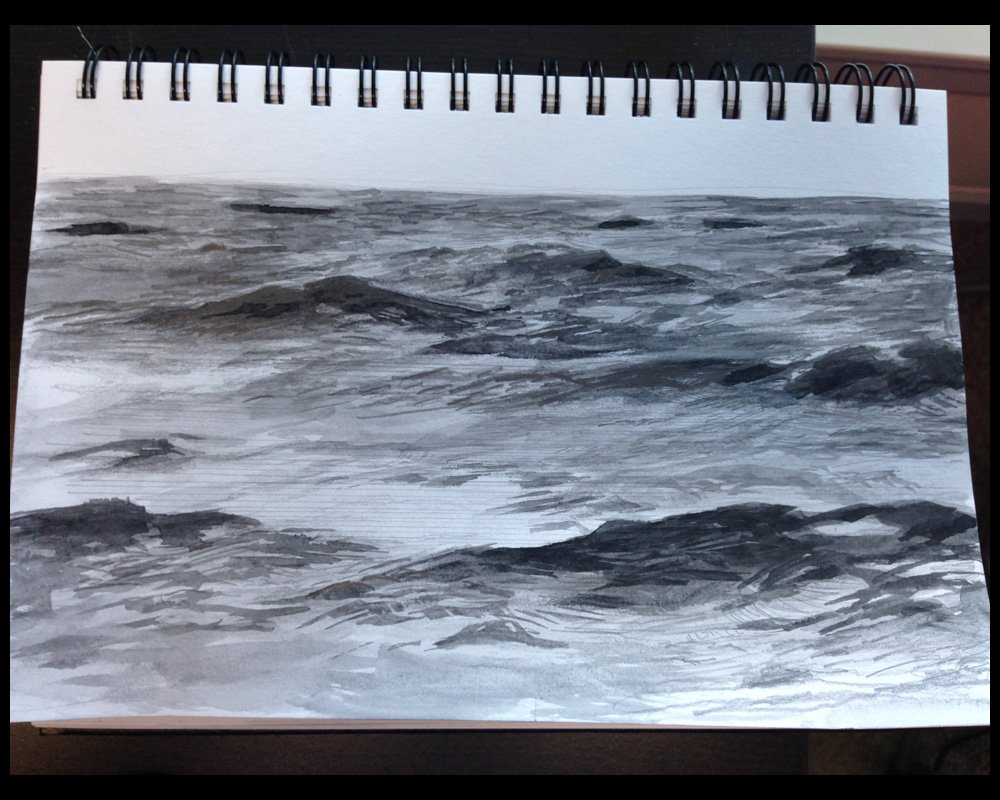 Inspired by undulating water depicted in a looping GIF image, I drew from my computer tonight. And one of my best subjects again tonight was Kiddy.

I was inspired by a discussion at A&C Art supply about depicting the movement of water in a painting, so I attempted my theory of drawing from a looping image in this post. And wow its difficult! Through the whole drawing I was attempting different strokes and effects to depict the best feeling movement in the water. I don’t think I even came close, this is such a complex subject I could spend years working to achieve it.

This is one of the many reasons why I love art so much. I could spend the rest of my life on this one idea. Art is so complex, so rich and infinite in possibilities.

And now for something cute. Kiddy was in one of his many chairs taking a nap. Although this picture was taken after he had moved, I was able to capture him in his usually wrap of suggly-furbally-ness.

I think I had more fun trying to get the drawing of the chair legs correct on this one. I didn’t make the the pillow dark enough though. At some point I will be more confidant with the watercolor, enough to be able to capture values quickly from the beginning.