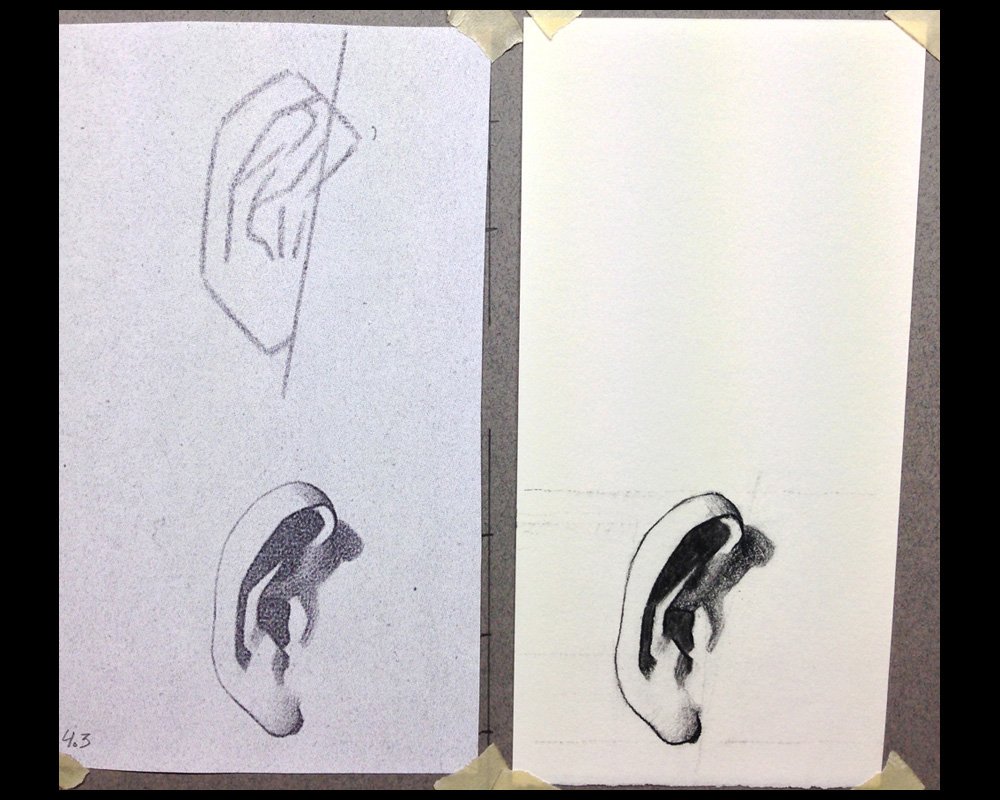 Bargue plate number 4 drawing number 3. This was a very small ear, and I was thinking that since it’s so small it would take much less time… I was wrong.

I was feeling a bit lazy yesterday, so I only did a 1 hour Bargue drawing, and not much else. I sure its because I haven’t been hitting the gym regularly.

So I hit the gym today, and I hope I didn’t push myself too much or my muscles will be so sore that it will be hard to draw on Wednesday.

I was hoping that this drawing would take less than an hour but it proved to be quite difficult even though it was super small, I think I conquered it though.

I first did a digital comparison. I have been studying how my camera distorts images and I’m to the point now where I will only use my phone for documenting purposes. Other than that it is completely worthless as far as comparing exact drawing lines. Look at the photo above, these two ears are less than three inches apart and the height / width distortion is there, you can tell by looking at the digitally drawn caparison and testing that against the two tracing comparisons below.

I tried tracing in sanguine but, the line proved to be too thick, so I traced it over in red ink pen below.

Much closer than the digital comparison would lead me to believe, although it is not without errors.