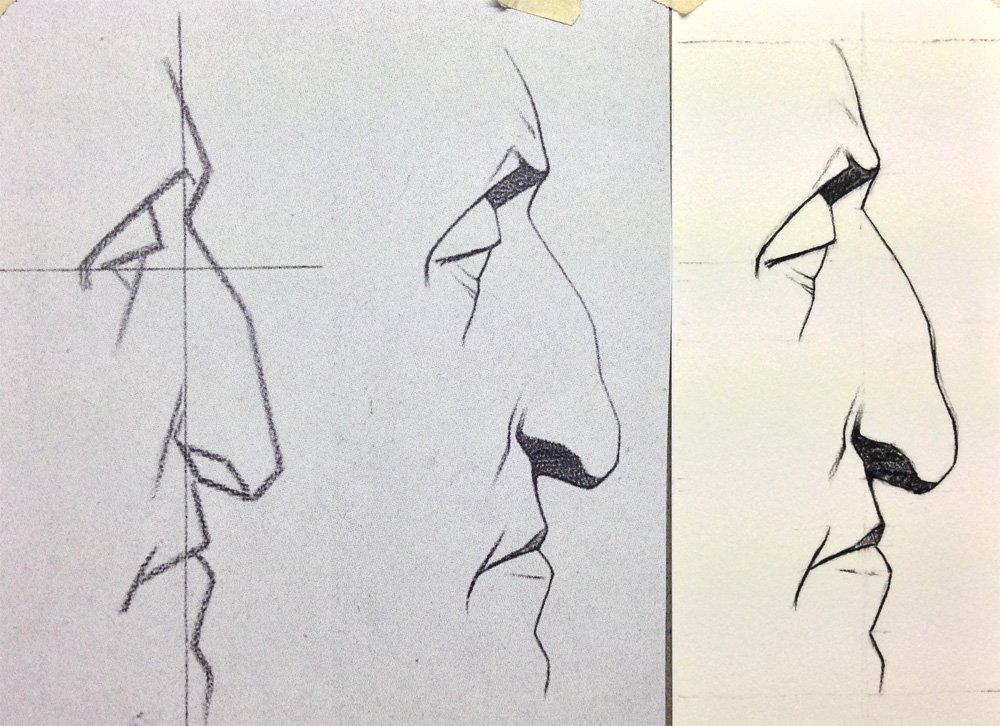 Plate three of the Bargue course introduces a bit of shading, but that wasn’t really much of an issue here. For some reason I was pretty far off in the accuracy here, my theory is that it was the increased size do the drawing, that caused issues. 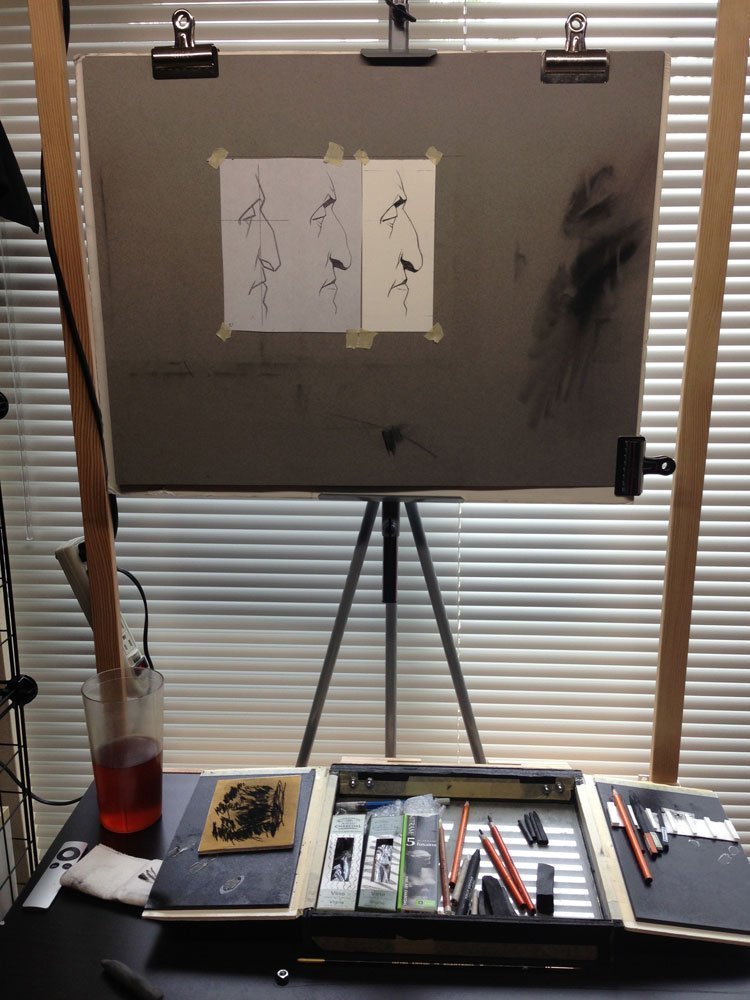 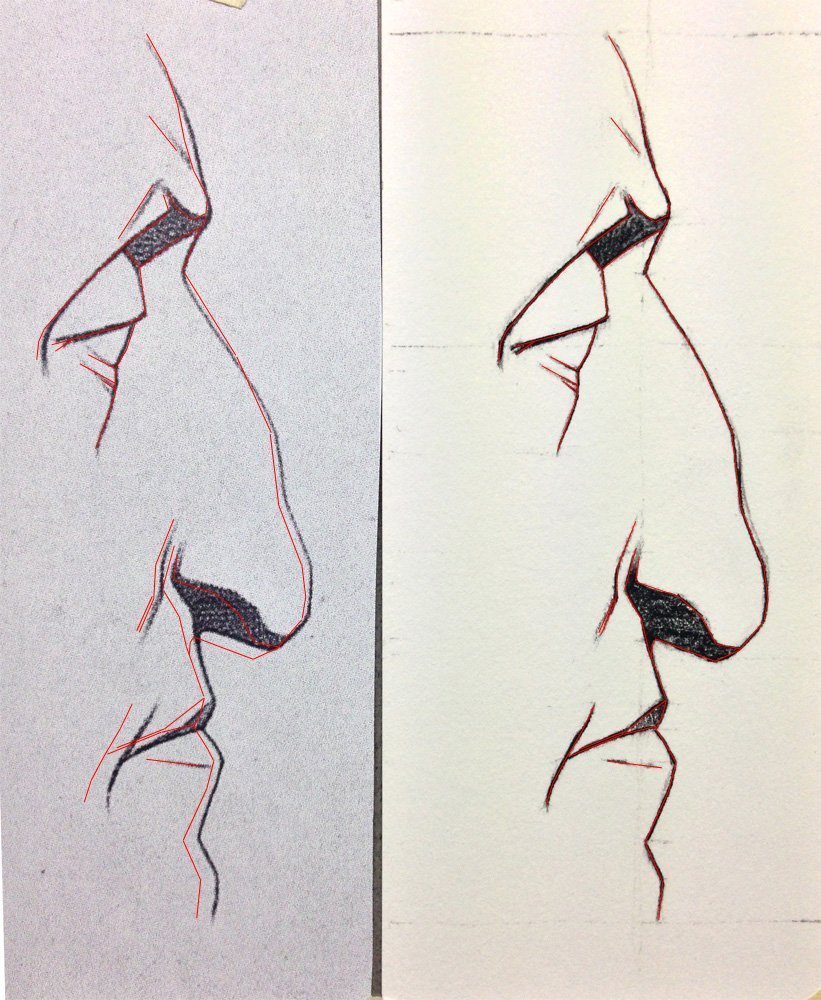 The problem here is not that the drawing is inaccurate, its that the drawing is inaccurate and I didn’t notice these glaring inaccuracies. I did make an attempt to fix the vertical height of the upper lip, I noticed that it was a bit short, but I failed in making it long enough even after adjustment. I should have gotten the horizontal line for the base of the nose much closer than that.

Well, one thing I do know is that my biggest weakness currently is judging horizontal distances. What is interesting about this plate is that the guides were originally placed above the finished drawings, but I moved then to be to the left of the original. I wonder if Bargue did the vertical placement intentionally so the student would be forced to have an easier time judging the horizontal distances but not the vertical.