It has been 12 years since I have been here and strangely I don’t remember any of it. I even looked back at our photos from August 2003 of our visit to Amsterdam and the Rijksmuseum but I could find nothing that I recalled. No matter, because during this visit I witnessed artwork that has changed the world. This was a day in my life that will make a lasting impression, one that I’m sure to remember forever. 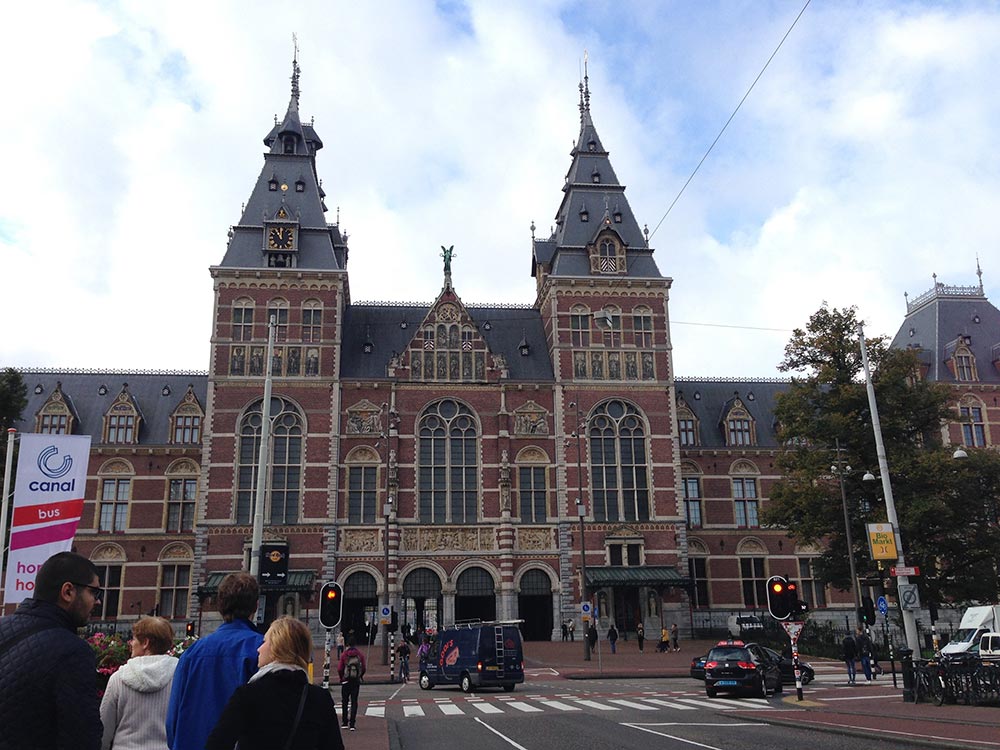 Here it is, the Rijksmuseum. I was begin a jerk today because our travel plans were dangerously close to cutting into my time at the the museum and I was afraid I wouldn’t get more than a couple hours at the museum. Fortunately my family was nice enough to put up with me and I ended up on the doorstep of the museum with at least 6 hours to spare. More than enough time, or so I thought…

Side note, photographs can never capture the essence of these works, the energy and life they pervade when standing in front of them can never be conveyed through photos, no matter the resolution. If you have ever been in  front of a majestic mountain range with the magnificence of earth before you with a crescendo of glory and awe inspiring beauty that makes your heart soar! Then you look at a photo you just took of it, and truly understand how sad and deflated photos really are. Sadly, the same is true for all the photos in this post. With this in mind I tried to spend as much time looking at each painting as I could.

Rembrandt – Self Portrait as the Apostle Paul

Rembrandt, everyone knows of him, I’m sure that most people the world over has heard his name. I have been learning about Rembrandt since I started my artistic journey as a child. But, I really didn’t understand, I mean really understand, why Rembrandt is so revered until I saw his works in person.

As amazed with Rembrandt as I am I was not nearly as impressed with his self portrait as the Apostle Paul as I thought I would be. Overall yes, this painting is amazing, but I felt that other self portraits done by him around this time were far more spectacular.

I was lucky enough to see the above self portrait in Washington DC. Done just two years prior to the self portrait as the Apostle Paul it is, I think, a far more fantastic work and a great example of Rembrandt’s later and more loose style.

The highlight of the the Rijksmuseum is the “Night Watch”. It was named Night Watch because originally the painting was so dark that it looked like the scene was at night, but after cleaning the true colors of the painting were revealed but the name was not changed.

This painting is huge, which is a good thing because there were about 100 people standing in front of it when I was there. I’m really glad the Rijksmuseum is so popular but it would be nice to just be able to sit in front of these paintings in silence by myself, for hours.

I was most amazed by the partisan (spear) held by the figure in yellow in the foreground. You can’t tell it here but this spear literally looked like it was protruding from the canvas. It was also interesting that their were few figures that had a very finished quality, most in the background seemed to be in a half rendered state. I will have to do more research into the reasoning behind this.

There was much more than just Rembrandt there. The Rijksmuseum has more spectacular painting than one day of viewing can encompass, like this amazing still life which I have only previously seen in books.

Willem Claesz Heda was a master of composition and oil paint. Just look at the reflections in the pewter container on the right and all the other items on the table. The skill and detail show in this painting was a marvel to look at.

The crowd around this painting was crazy. Literally you had to move people out of the way just to get close to it. Unfortunately I didn’t get a really good picture of it, nor did I get to look at it for very long. But never fear, if you want a super high resolution image of it, look at the Rijksmuseum website .

I was really impressed with the museums embrace of the latest technology not only with their website but also with the hand held audio and video tour guides they had. I previously scoffed at these things, thinking that they took away from the experience of viewing master works but the Rijksmuseum did a great job with hand held iPhones that would not only give you an audio account of the subtle nuances of the work, it would also play extra video content showing things like an infrared radiography image of Vermeer’s Milkmaid. This infrared image showed the removal of items in Vermeer’s painting to further strengthen the composition.

Here is another great example of Rembrandt’s work. He really didn’t waste time with anything other than the major subject of the work. Just look at the background of “The Jewish Bride” I think he used two colors and barely scumbled the paint on the canvas.

I was first introduced randomly to Gerard ter Borch at the national gallery in Washington DC when they had a special show of his works while I was visiting the gallery with friends. We didn’t even know that this special exhibition was there, but after viewing it I never forgot his name or his works.

He is called the “Master of Satin”, and it really shows. I have never seen satin rendered so expertly by any other artist, lust look at the satin dress in “The Paternal Admonition”, it glows with light, and even reflects the wooden floor below it.

This painting was surprising, its huge. So large in fact that it’s resting on the floor and reaches the ceiling. It is not only the largest painting at the Rijksmuseum but it’s one of the largest painting in the Netherlands. It depicts the famous battle of Waterloo in 1815 which was the end of the rule of Napoleon. There was a constant crowd around this painting because there was so much to see in one piece. It is actually a group portrait of the victors of the battle and the artist skill was evident throughout.

I have just realized that most people would look at this painting and probably think it uninteresting maybe even boring. Well, it is quite simple. It’s just a portrait of one man. There are no guns or swords, no action or narrative. Just a lone figure addressing the viewer directly. But, this is the one painting in the whole of the Rijksmuseum that left me stunned. The skill with which this painting was created has never been matched for close to 400 years.

Rembrandt somehow was able to breath life into this painting. I look a this painting and I see a man, a pastor of a prince with thoughts and feelings. I can see the emotion in his eyes, maybe even the years of knowledge. I’m looking through a window to 380 years ago at a real man, that lived and breathed.

I stared at the painting for a long while, I think at some point I became aware that my mouth had fallen open. This is what art is about.

But maybe I’m just being dramatic because it’s a painting by Rembrandt and everyone is supposed to love Rembrandt. So, I then walk about 10 feet to the opposite wall and look at another portrait by another artist. It’s a well done portrait, of course it’s well done, it’s hanging in the Rijksmuseum, but… I just see paint.

I was really amazed at this painting, mainly because it was so small yet the details were magnificent.

I think Rembrandt is mainly know for his loose style later in his life so its really interesting to see that he had the skill to paint in minute details.

Yes I was raving about Rembrandt’s portrait of Johannes Wtenbogaert and how no other painter could come close, but soon after seeing that painting I was surprised to find this huge work with many amazing portraits.

Just the portrait of the main figure in the center alone is enough to call this a master work, but this entire canvas is full of 25 portraits just as good. I could really see the life in this work.

At this point I had seen most of what I wanted to see in the Rijksmuseum. By this time I had been here for over 4 hours and I still didn’t feel like I spent enough time in front of the major works. While I was walking around this statue stood out in an entire room of works. I was thinking “Wow that is amazingly life like, I wonder if this is by Houdon” and sure enough it was.

Houdon’s work is scattered throughout the world in many different major galleries and museums. I’ve seen his work at the National Gallery in Washington DC, the National Gallery in London, Rijksmuseum, and a few other places I know I’m forgetting. The point is, as far as portrait sculpture is concerned Houdon is one of the very best. I’m not sure Michelangelo could sculpt a portrait as well, maybe Bernini could… I’m not sure. That could be a wonderful comparison for a later post. 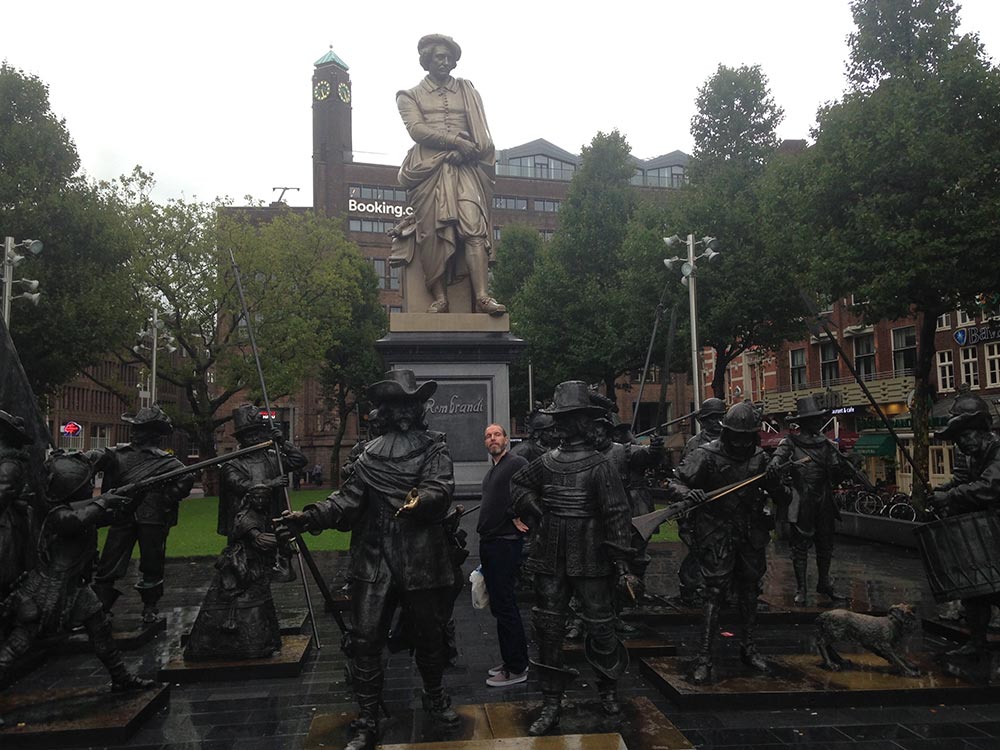 Here I am part of the night watch! I’m doing the pose of the noble men of the 15th and 16th century. I saw this pose in so many paintings that it seemed fitting.

It’s interesting, this sculpture was adding in front of the Rembrandt status in celebration of Rembrandt’s 400th birthday. Not only that, the entire sculpture traveled the world for a while then was eventually returned to Amsterdam. I guess if you were strong enough you could move them around like little green army men.

My Comparatively Sad Drawing of the Day

After a long day of walking, I was super tired and my feet and legs were killing me. At this point I was ready to come home. But, I made a promise to myself and no matter how tired or hurt I am, I’m going to do at least 30 minutes of artwork. 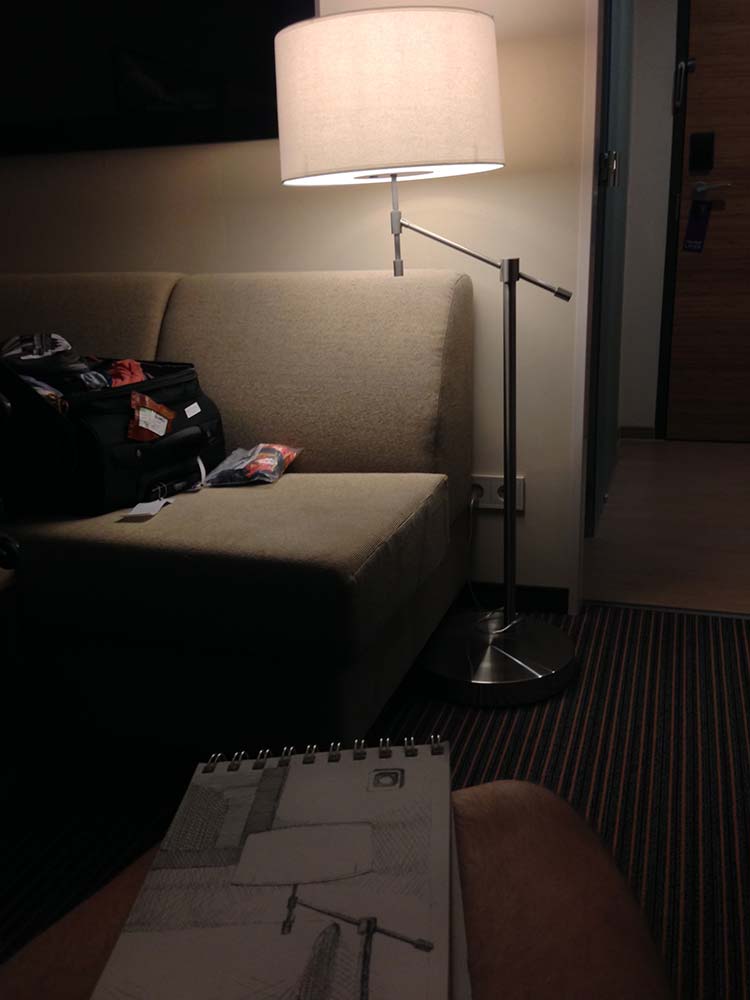 Well, even Rembrandt did unimportant drawings. I don’t feel bad about it, these are all stepping stones or bricks that will one day add up to me as a better artist. 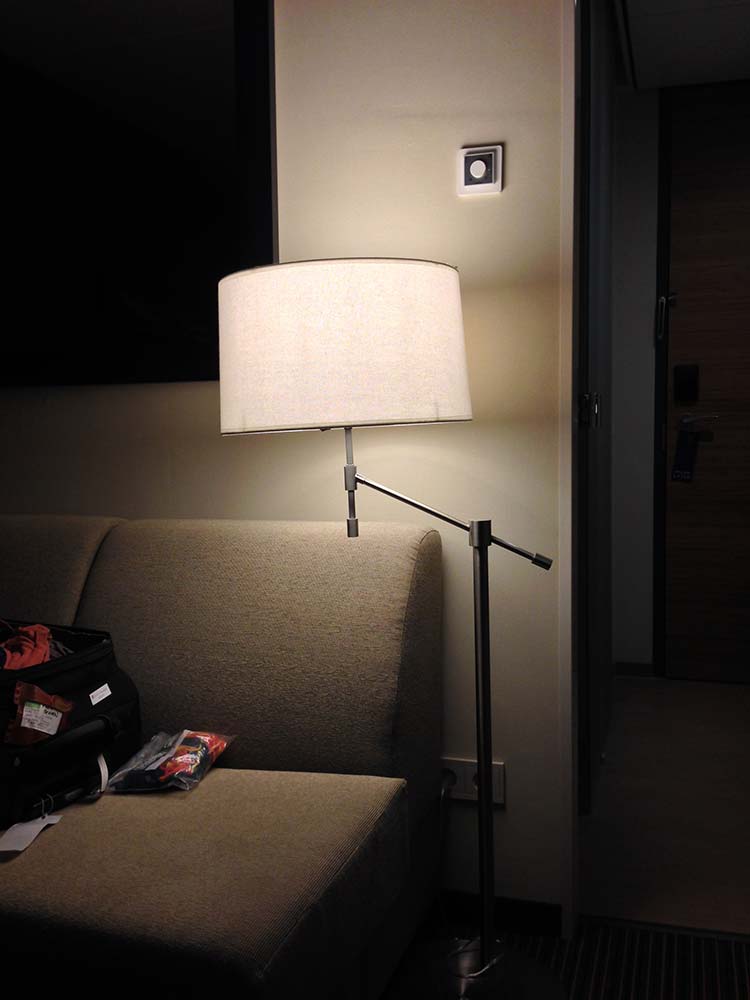 I wonder if Rembrandt ever drew a lamp, not electric of course.