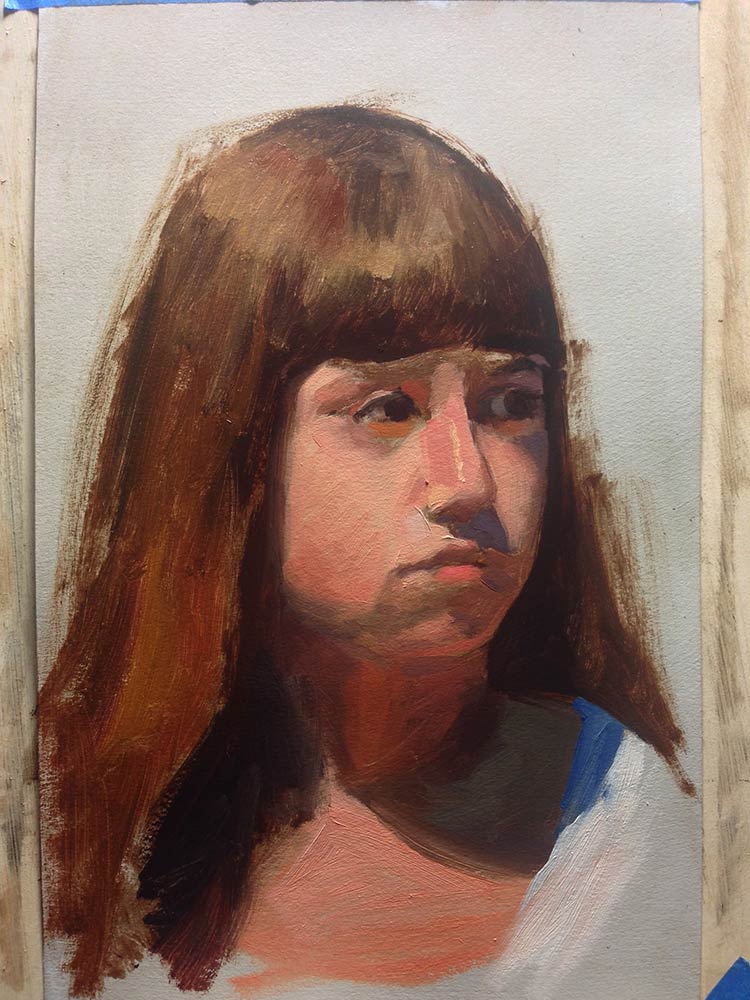 Our originally scheduled plan of doing figure drawing and painting at Cary’s home in her garden was rained out. Put a couple of us were able to get together in her studio and paint a portrait of Mary.

After the first 20 or so minutes of painting I wiped out the painting and started again. I was trying to get more of her body in the painting and realized that at the size I made her head it was becoming frustrating to work with. It was a good decision to start over, not only did I slow down a bit on the second attempt but I was able to get the drawing more accurate.

I didn’t get a photo of Mary but she’s actually 19 years old, my portrait of her makes her look much younger. She did a very soft baby like face but my drawing was off just enough to make her look much younger. I should have taken a photo of here and studied the differences in her face and the drawing of this portrait because these differences could be repeated and loved by a lot of people. “Have Chris paint you, and you’ll look 10 years younger!”