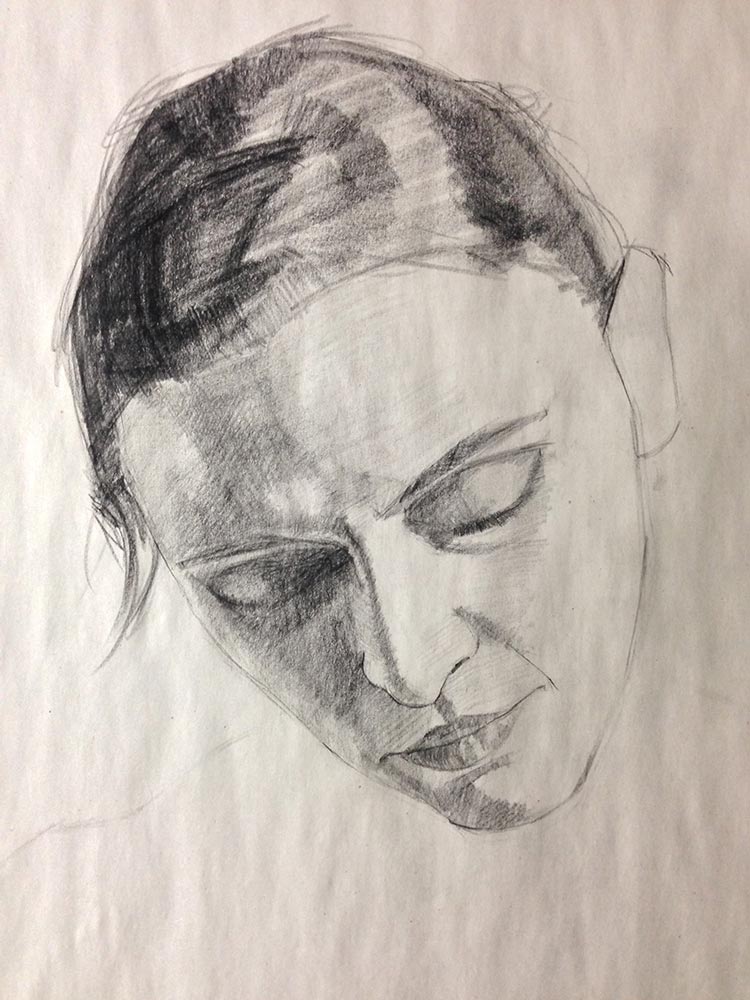 I enjoyed doing the charcoal portrait drawing so much last night that I decided to do the same today, but with a female subject rather than a male. But, as I feared the subtle transitions of the female form are much harder so I had to switch my focus on planes.

I spent over an hour on the drawing constantly struggling to see the best way to describe the transition of each plane of the head in space. Instead of finishing the drawing I decided to try and further solidify the three dimensional form of the head in my mind by doing some contour mapping. This exercise is great because it forces you to draw lines over the form that will best describe it in space. Of course you sacrifice a drawing to do this, but learning is paramount here.

I picked a second photo from New Masters Academy and decided to do a second portrait drawing. I progressed much faster on this one but made many mistakes with proportion.

The first 30 minutes or so of a drawing are critical. It is within these first few minutes that the entire path of the drawing is laid out. Sometimes I feel that I would improve my skill much more if I just did a bunch of starts.