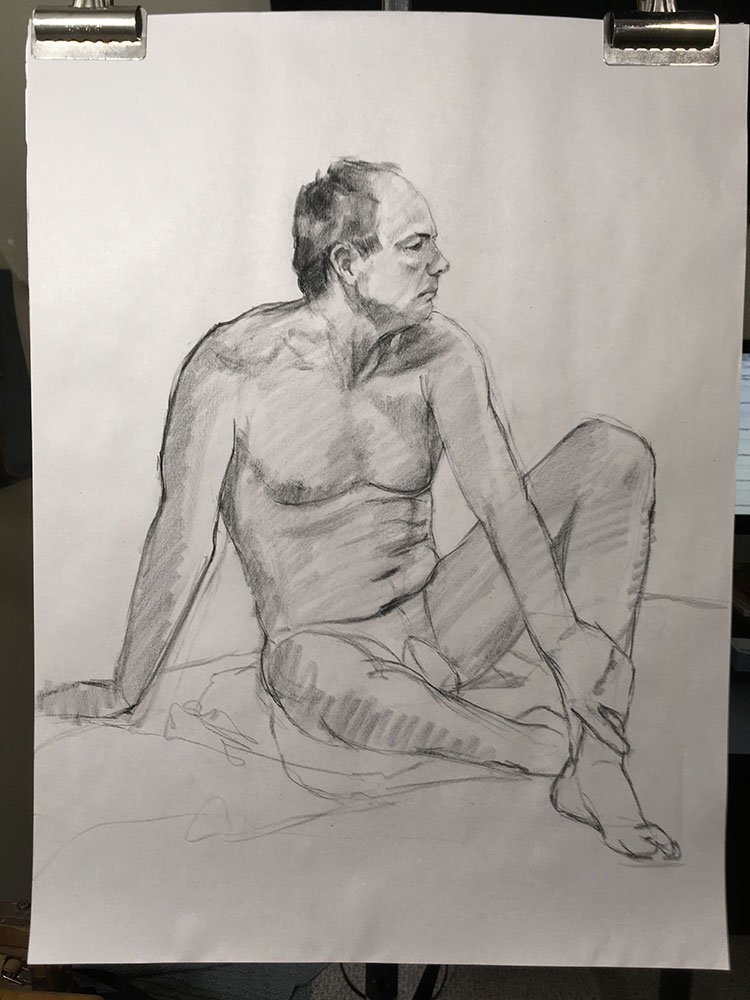 The life drawing session went well this morning. Our model was great and the new stand position was welcomed by all.

The lights were the only negative here. With the new position I have to light the model from two sides or else half of the artists would be drawing nothing but the shadow side of the model. So this causes us to lose some space where an artist can setup with an unobstructed view due to the light stands.

Another side effect of dual lights is that the natural gradation of shadows across the models form get more complex. Normally we would see one light side, one halftone, one occlusion shadow, cast shadow, etc… But, now with two lights this gets much more complex.

Overall though the session went really well. My figure drawing may not be the best it has ever been currently but the interactions between other artists makes up for my performance three fold.