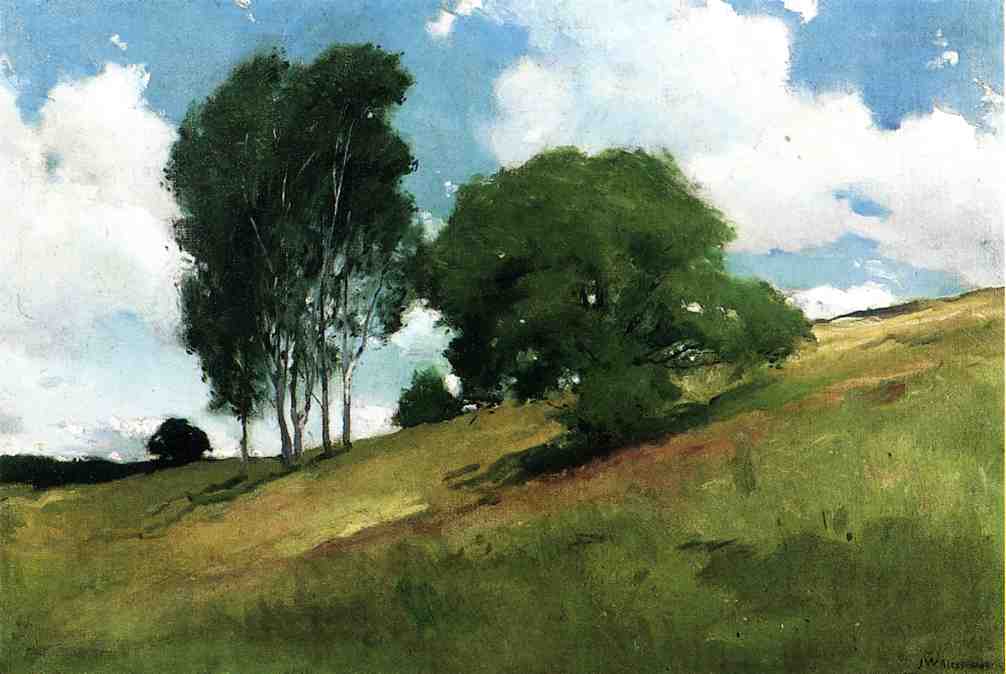 The influence of illustration can bee seen in John White Alexanders painting. Their smooth and flowing compositions are quite relaxing.

John White Alexander (7 October 1856 – 31 May 1915) was an American portrait, figure, and decorative painter and illustrator.

Alexander was born in Allegheny, Pennsylvania, now a part of Pittsburgh, Pennsylvania. Orphaned in infancy, he was reared by his grandparents and at the age of 12 became a telegraph boy in Pittsburgh. His talent at drawing attracted the attention of one of his employers, who assisted him to develop them. He moved to New York at the age of eighteen and worked in an office at Harper’s Weekly, where he was an illustrator and political cartoonist at the same time that Abbey, Pennell, Pyle, and other celebrated illustrators labored there. After an apprenticeship of three years, he travelled to Munich for his first formal training. Owing to the lack of funds, he removed to the village of Polling, Bavaria, and worked with Frank Duveneck. They travelled to Venice, where he profited by the advice of Whistler, and then he continued his studies in Florence, the Netherlands, and Paris.