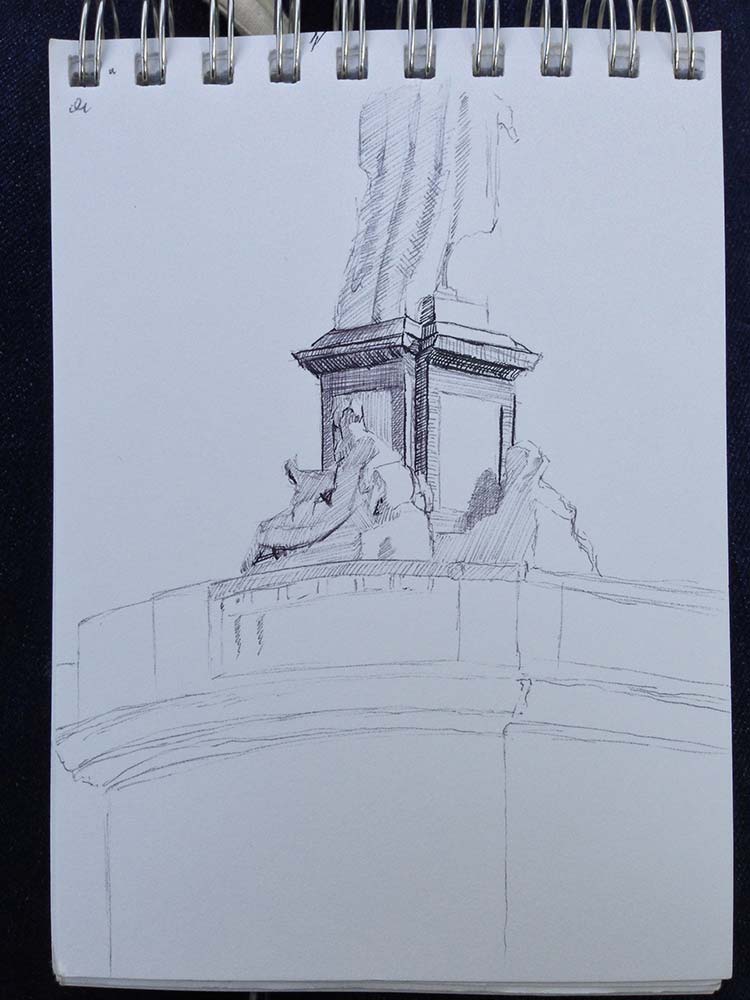 On this day we started off docked at a random port in Germany, I can’t remember the name, then we boarded a bus to the Heidelberg Castle ruins.Even though it was called a ruin, Heidelberg castle was still amazing. Here is a view from the main courtyard where your surrounded by walls full of statues and carving. It’s also used a theatre where plays such as Romeo and Juliet are reenacted using features from the castle, like the high balcony window seen on the far left of this photo.

Then we descended down some stairs to a whine cellar where two wine kegs are held, the first keg was about 12 feet tall and was surprisingly the smallest of the two. Then we were able to view the largest wine keg in world, and it was massive. So huge that there were stairs leading up to a large platform on top of the keg. The history of the keg was interesting, in order to clean it they would tie a rope around children then put them in the keg to clean it. The ropes were used if the child lost consciousness or died, they could pull the child out. And all this was done out of the need for a rich nobleman to say that he had the largest wine keg ever. 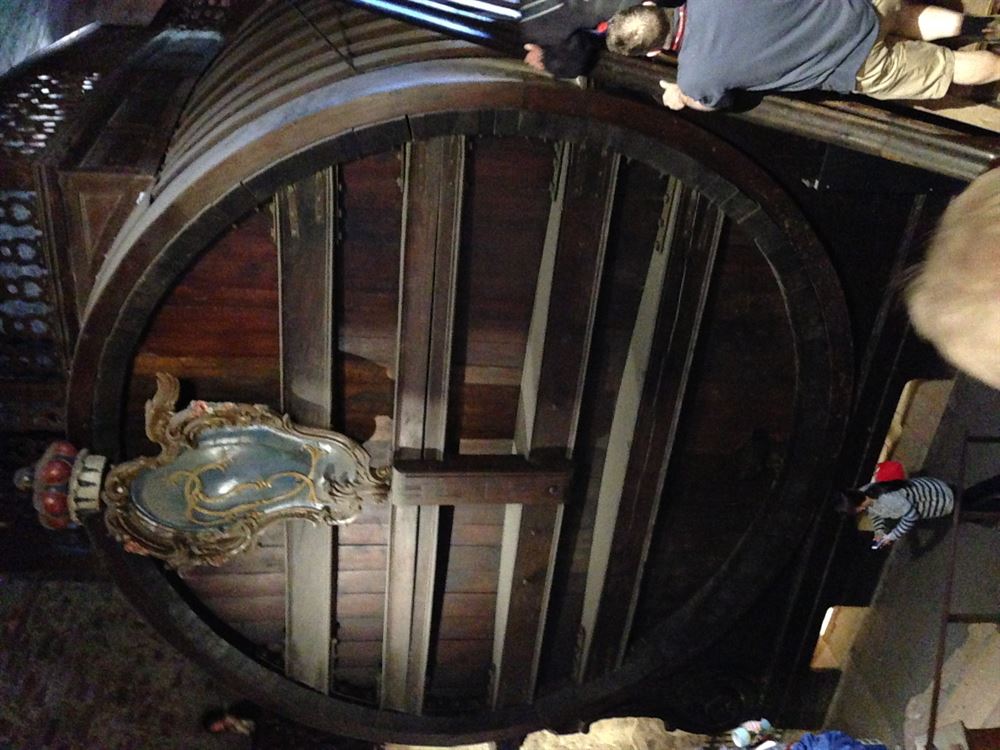 Here is a great view from the Heidelberg castle of the old downtown. 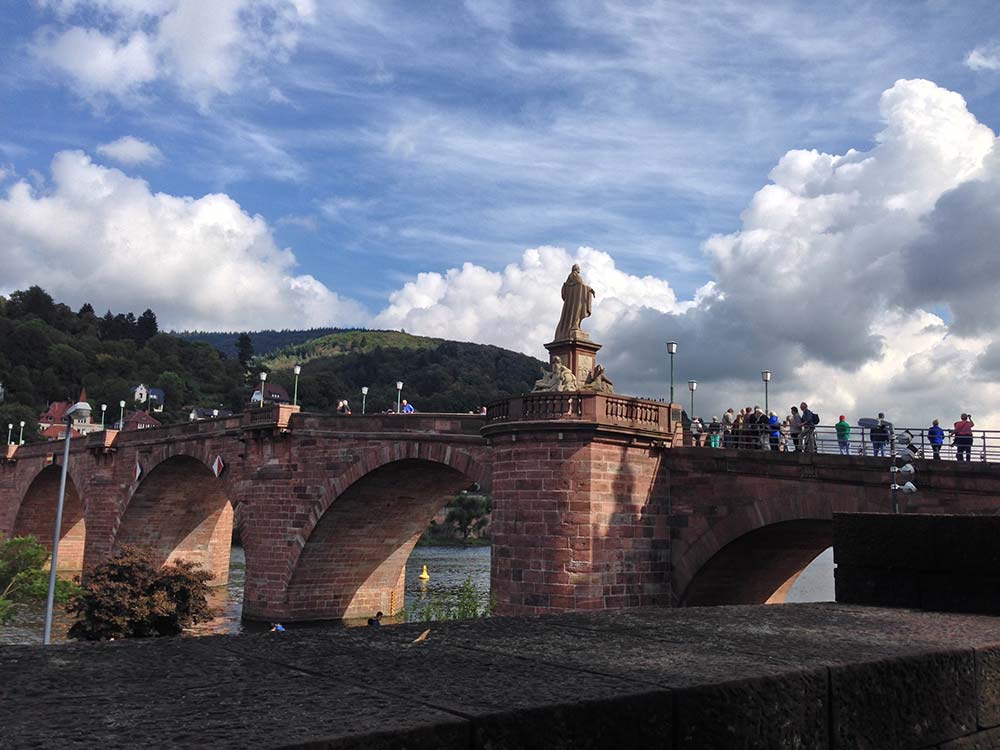 The drawing went well but I became frustrated when I became surrounded by people who had little regard for personal space. I’m always very interested in different people and their cultures but at some points the differences are just plain annoying.

At about mid day we boarded the ship again and started cruising along the rhine river again. The country side was gorgeous. 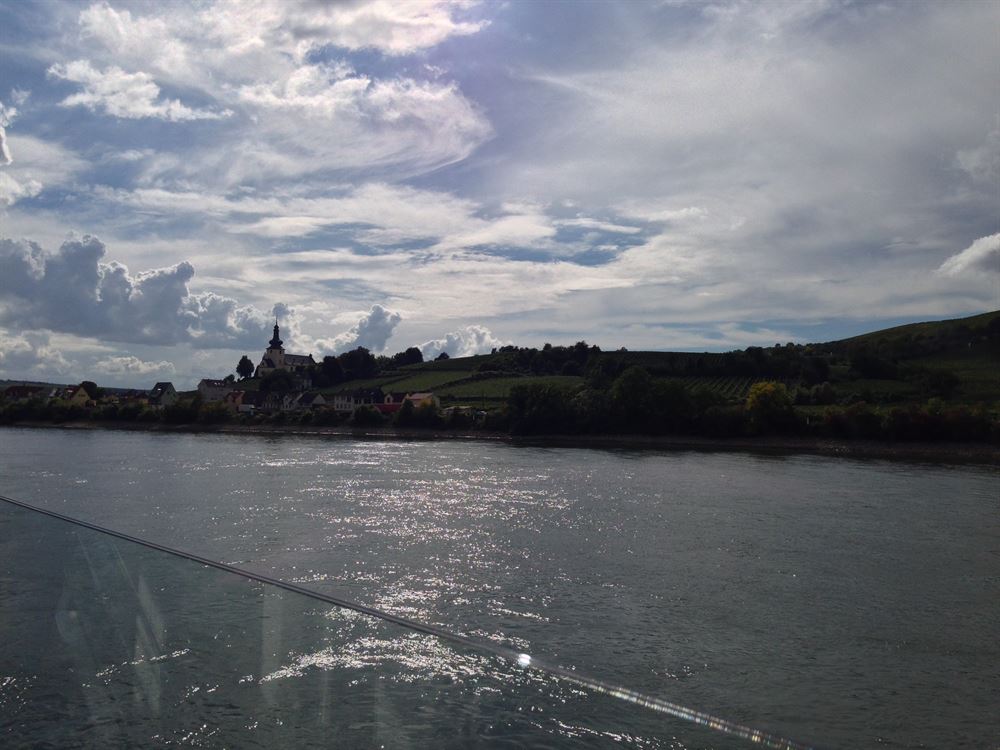 Close to the end of the day we ended up in Rudesheim Germany where there was an optional excursion to have dinner at a beautiful restaurant in Rudesheim, but we opted to just have dinner on the ship after touring the city. 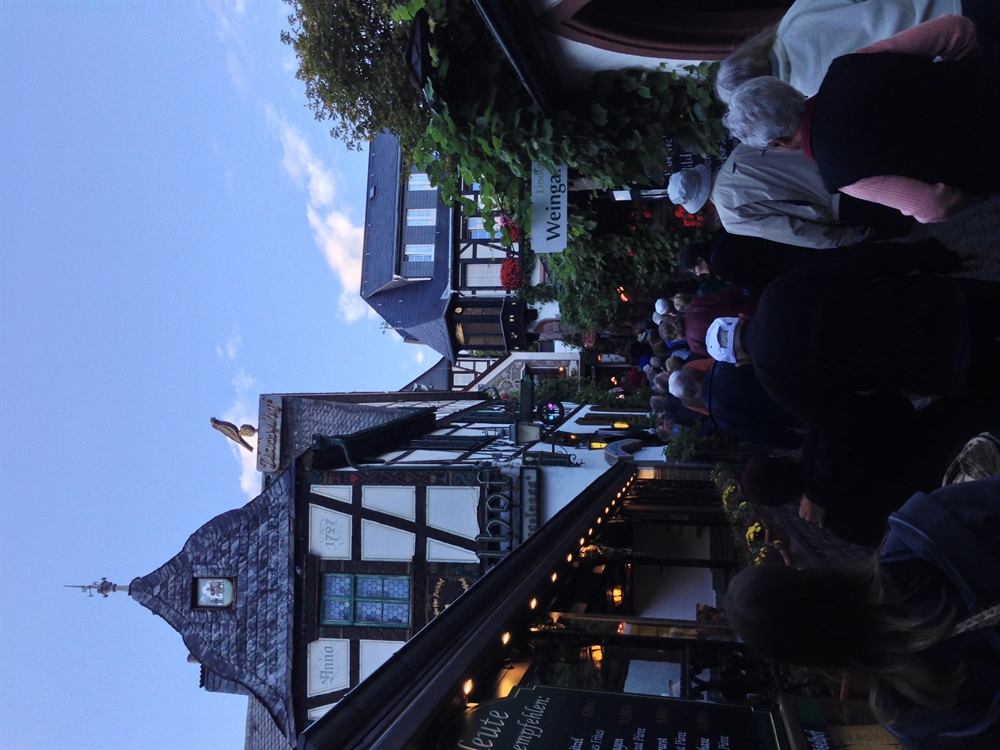 It was interesting here, there were lots of shops but even more restaurants and bars in Rudesheim, and all of them were filled with people at least 20 years older than me. So if you want to party and your over 55 then Rudesheim Germany is the place for you.