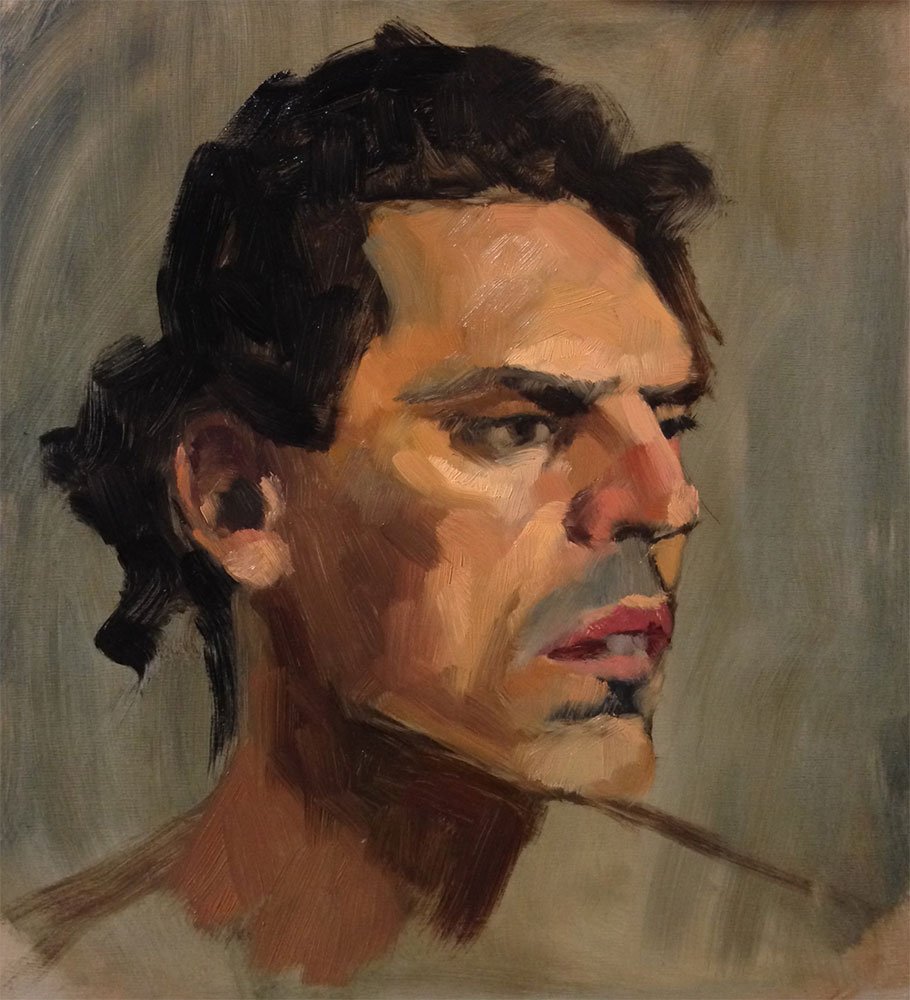 Everything seems to have a progression to it. Life and learning begin with the simple and gradually get more and more complex. Art has many facets of complexity. There are the broad complexities of academic pursuit such as drawing, value and color. Then it becomes more complex and you find yourself dealing with hard angles and subtle curves, the former being much easier than the latter.

If you can determine your own personal progression through art, at least in an academic concern, then navigating through the vast complexity of the art world gets easier. But we make our path by trial and error, I kind of have a map of where I’m going but not really… It’s like getting directions in a very small town, “Over the hill, slight left, slight right, you can’t miss it”. Eventually you just have to go down many paths turn around a couple times at dead ends or roads your sure are not going to lead anywhere but eventually you find you way onto the next town. But I’m getting too carried away with this metaphor, lets look a a failed attempt at a painting and my idea of why it failed.

It seems to me that women with their subtle curves are much harder to render than men with their hard angles. Yes, I know this is a generalization, some women have wonderful sharp angles and some men are just as subtle. But for tonight the hard part was doing a portrait of a woman and I think the challenge lies in the smoothness of the facial planes and contours.

After about an hour on the painting above I wiped it out and decided to do a male portrait. Thanks to New Masters Academy I have a lot of images to choose from. As far as angular faces go, this male model has one of the most angular faces I’ve ever seen so the difference between each model I painted today is huge.

So the second attempt turned out much better than the first and I’m going to attribute that to the easier to determine angles. Here is the question that I ask though. Is this a drawing problem?

Yeah, after about 2 minutes of thinking about it, it’s definitely a drawing problem. Now the next question. How do I correct it?

How about I do the female portrait again but this time I focus on the drawing much more than anything else. Yep, that’s what I’m going to do…