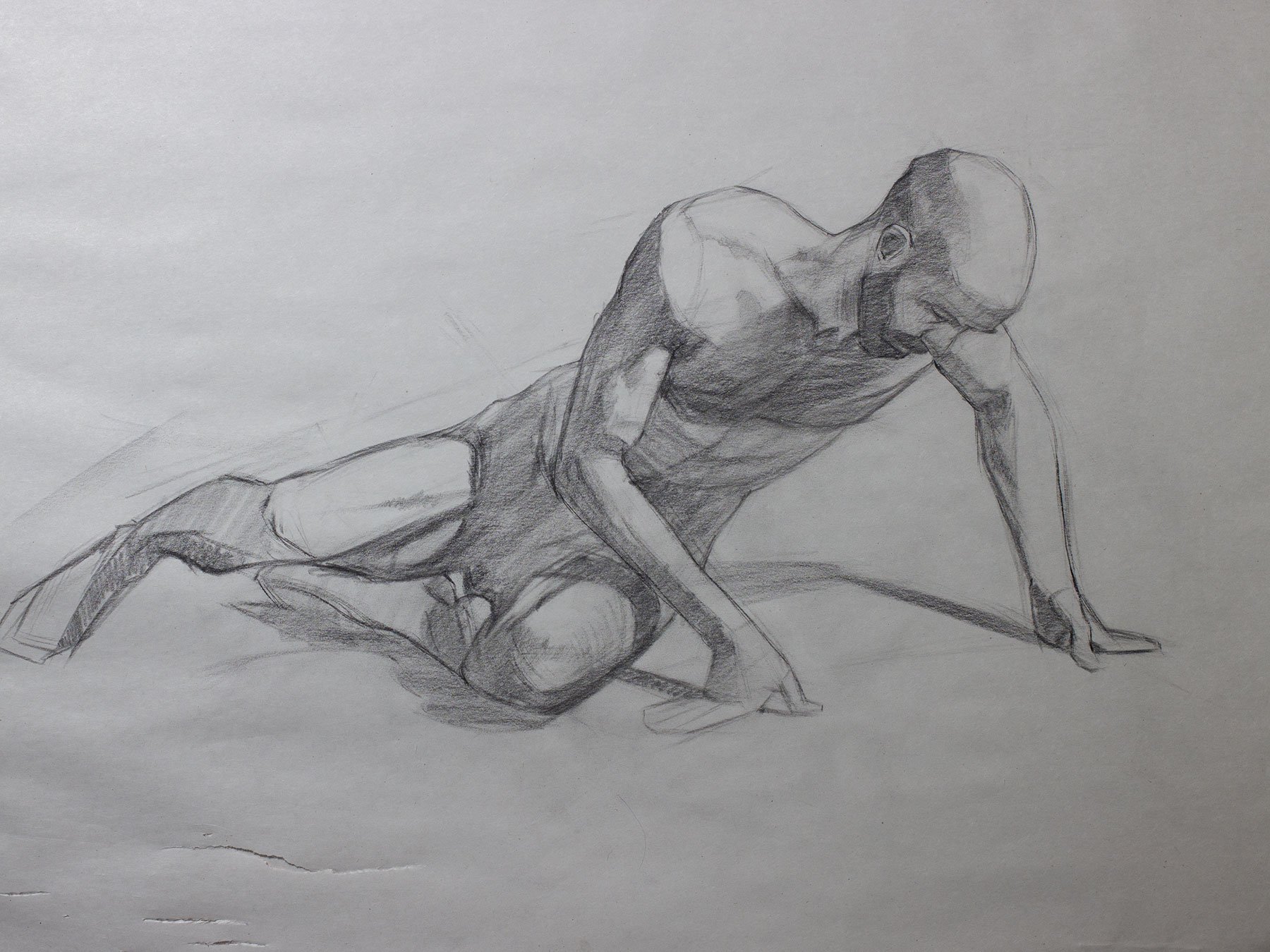 I’m doing some research and building a curriculum to follow and I’m surprised at what I found.

I’ve been doing some internet research on different curriculum I find at prestigious art schools, studios and ateliers. Yesterdays drawing was based on an atelier called Ravenwood in Chicago. I found this atelier from a person on YouTube posting about her experience as she worked through the years a the atelier. Her videos gave me a direct insight into the school and how they teach their students. This atelier teaches a very classical style of drawing using sight size, working from the outside in and a lot of emphasis on structure. The approach seemed rather stiff to me and I was questioning it while drawing this way yesterday. In fact I have a Russian text book that works the same way and I always found it hard to grasp.

Then I remembered Studio Incamminati, a school co-founded by Nelson Shanks. I found this school on the internet years ago and really enjoyed the way they approach drawing especially when beginning a painting. What is even better is that they have released some very long demonstration videos since the last time I visited their site and blog.

This one video is a 2.5 hour demonstration by three of their instructors. Each of them have very different styles even though the approach is very similar. I love they way each of the artists begin the drawing of the portrait with very expressive strokes and a focus on gesture. Also each artists tends to work from the outside in which resonates well with me.

So for today’s session I pulled up a figure from New Masters Academy and began a figure drawing while trying to emulate the Studio Incamminati way of working. Honestly I liked it a lot, it is a very expressive way of drawing plus after comparing my drawing with the photo I was surprised that I was so accurate.