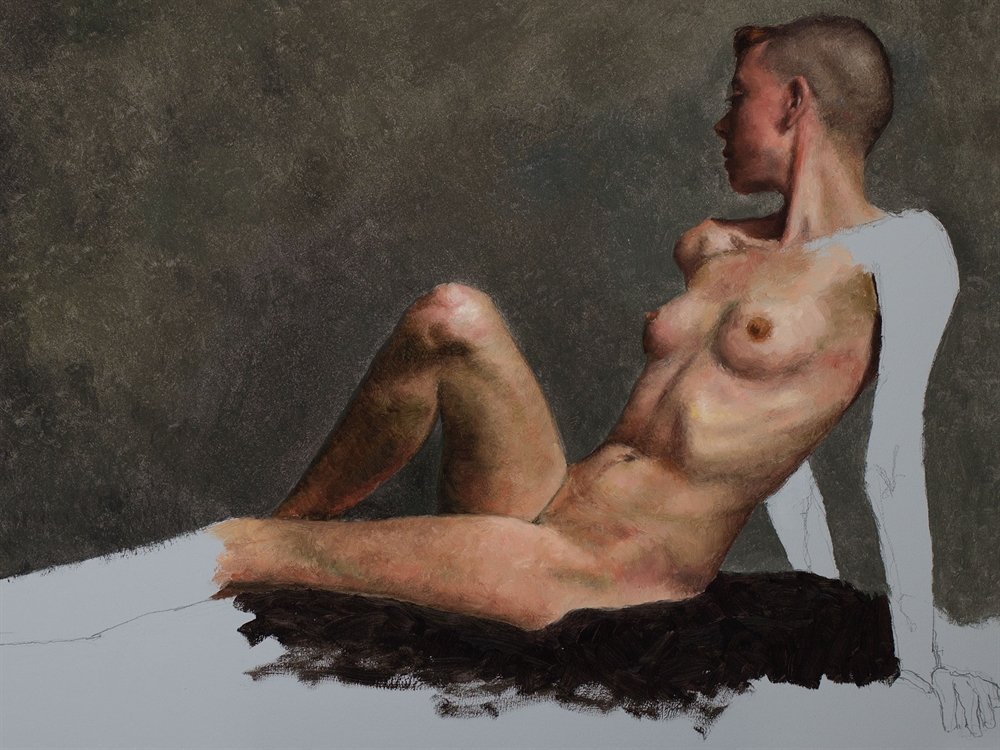 While refining the rendering of this model face I’ve made some observations of hue variation in skin.

Sections of the human form uses a whole different set of colors, the face is one such area. I’m not sure if this model was wearing makeup, but the hue of the face is much different than the body. This difference in hue is consistent with most observations I’ve made with other figures.

You will see similar differences in hue consistently of other parts of the figure such as the feet and hands. These areas tend to have a more red hue than other parts of the body. The face in particular always has more red characteristics especially the nose and ears.

I’ve also observed that sections of skin have lighter value when stretched, especially when this stretching is happening over bone. The change is subtle depending on location but it occurs, for this current figure painting you can see much lighter areas over the knee and rib cage. Also across the Sternocleidomastoid, a muscle running from the top of the sternum to behind the ear, and the shoulders.

Remember this variation when painting and if you find yourself using the same mixtures of hues over the entire body then you may want to observe more closely.

1 thought on “Form in Repose: Session 5”