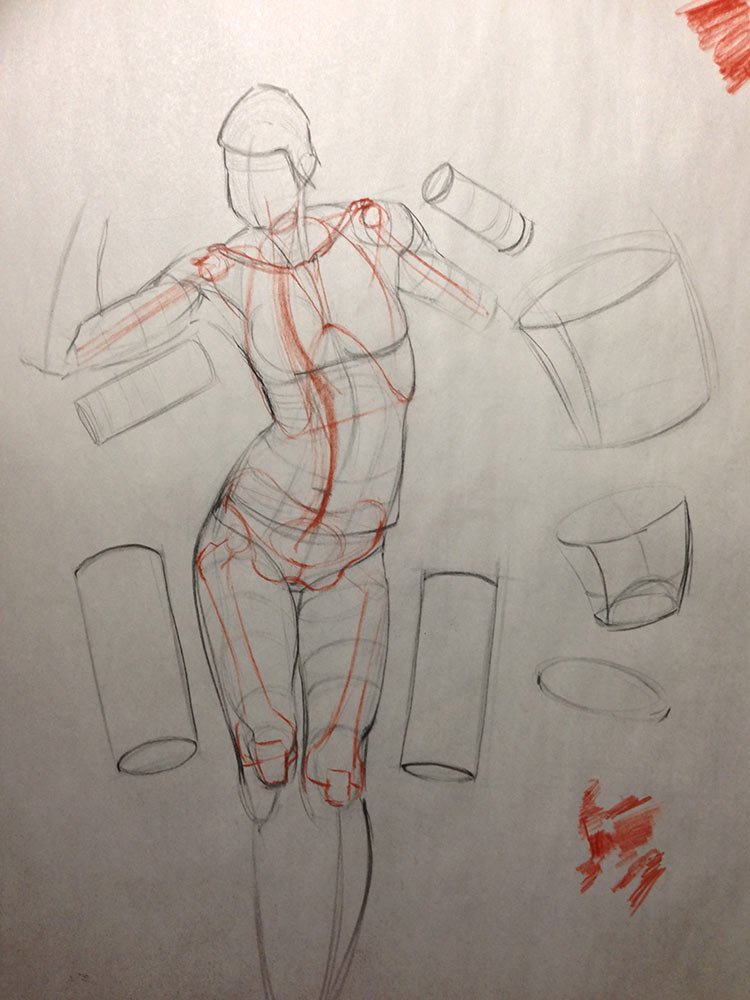 Tonight I spent an hour working on figure structure and trying to understand how to indicate the movement of three dimensional forms through space. Basically I’m turning the torso or leg into a cylinder and figuring out how to make it look like it’s tilting forward, or backward.

Deconstructing the figure is much more difficult than I would have expected. I have to look a the few landmarks on the figure and determine the position of the major forms. Such as this photo I was working from today, I could tell that the model had her torso leaning forward, but how much, and where do the forms break from the front plane into the side plane. The indicators would be the top of the sternum and the last two ribs on either side of the ribcage.

But are her hips leaning forward or back… or are the hips just tilted and upright. I should be able to tell this by the ASIS (Anterior Superior Iliac Crest), basically the two tops of the hip bone that are closest to the surface of the skin.

So, my attempt at looking at structure and dimension in the figure leads me directly into the anatomy of the figure. Look like this subject is going to take a long while. Maybe every Tuesday will be devoted to human anatomy.