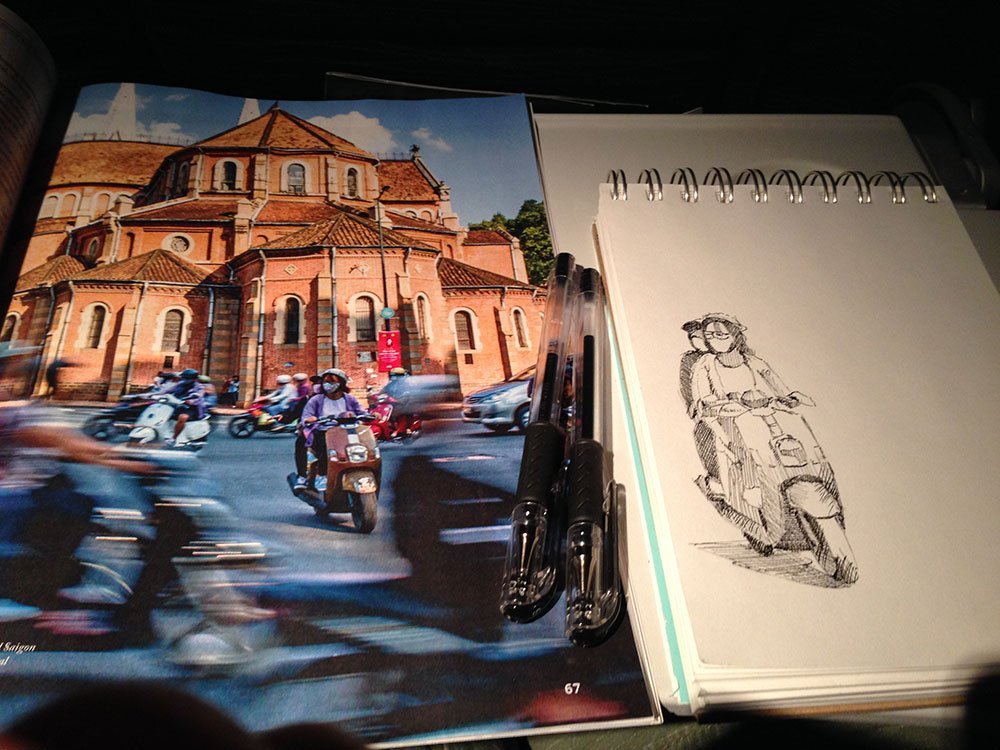 Today is the first of two days that we will be traveling. I wasn’t looking forward to the 13 hours of flying that we would have to do but I knew that our trip and Europe would be wonderful. So I prepared for the trip by bringing a small sketchbook the fit easily in the pocket of my shorts along with two ink pens.

I have done lots of drawing while traveling before, it is by far the easiest and most mobile form of artwork of course. This is the first time I will be drawing in ink while traveling though, so its going to be interesting. 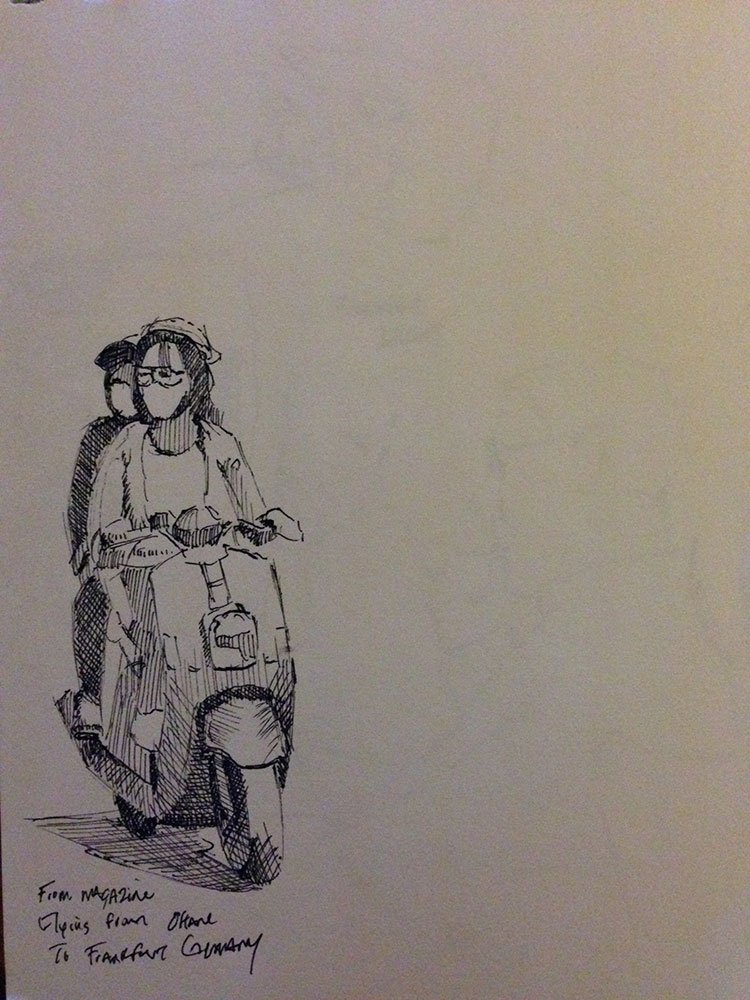 I did this drawing from a magazine photo. It was one of those magazines that you get in the seat pocket on the plane. Luckily at this point there wasn’t much turbulance at all so I could get some accurate work done. 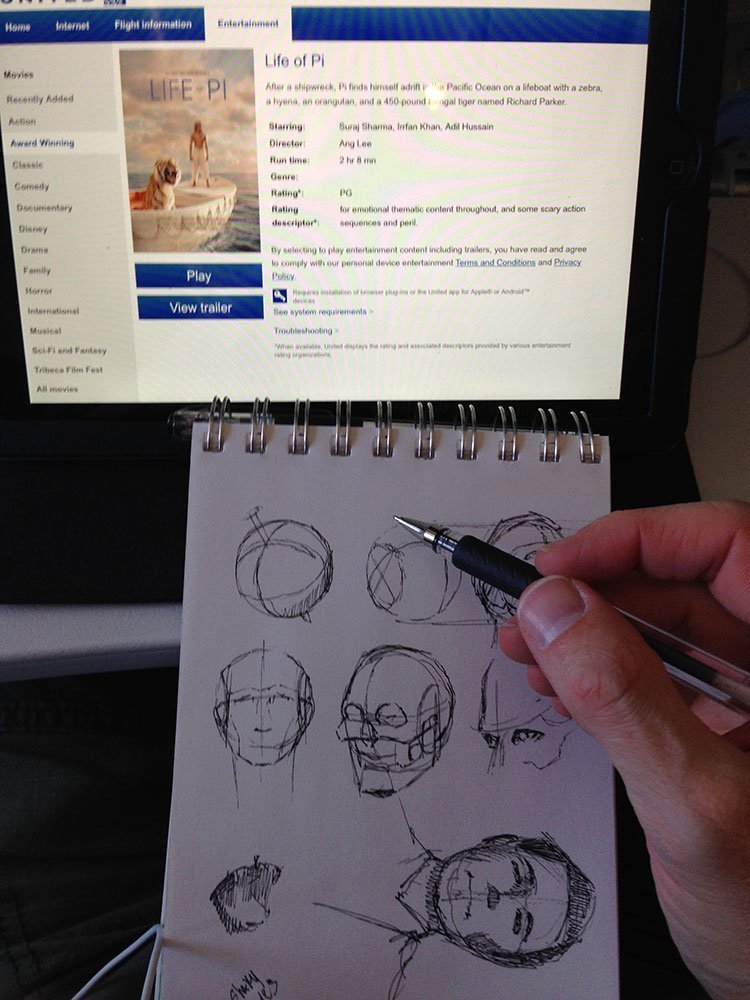 I was going to pull up some of the nude figures that I had on my ipad and draw some figures while on the plane but I was worried about what the people around me would think. It could be upsetting to the lady next to me to see a nude male or female on my device. So I opted to go through the list of entertainment on the in flight wifi website and drew from movie covers. 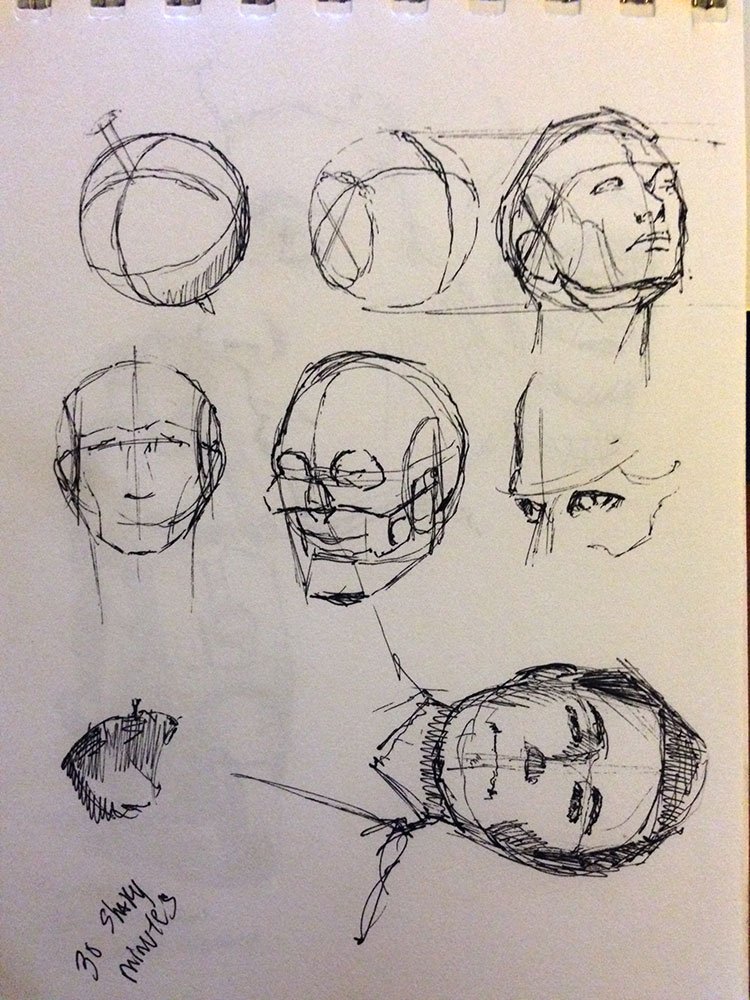 I also had the Andrew Loomis book Drawing The Head and Hands on my Ipad so I was drawing from it also. These drawings were terrible, the plane was shaking so much I couldn’t get any lines to go in their correct place. 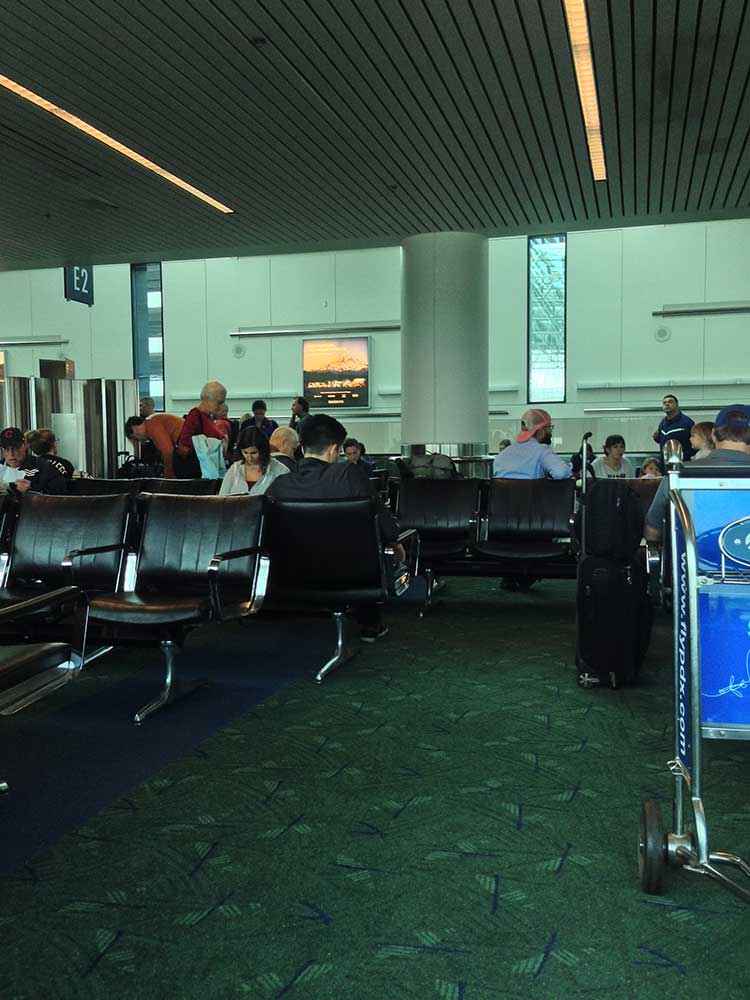 This is where I was sitting before boarding. I drew the poster of the mountain and began adding other people into the sketch. From this I began to really understand how good some of the urban sketchers I’ve seen are. 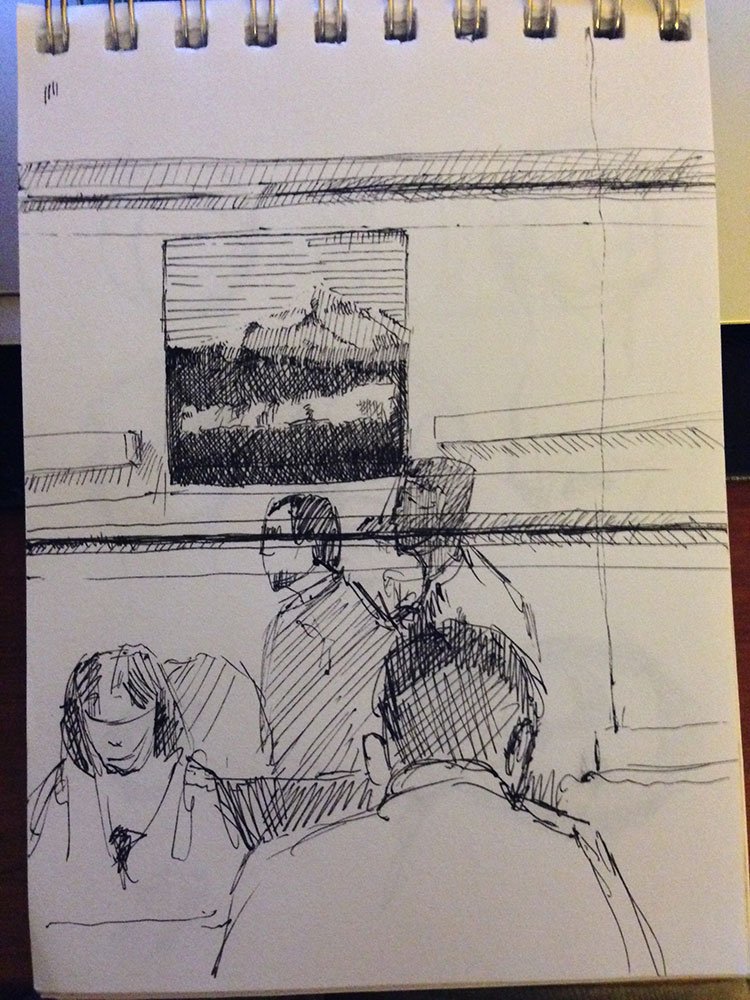 Most experienced urban sketchers would laugh at this one, but that is ok I don’t have much experience in drawing while traveling.