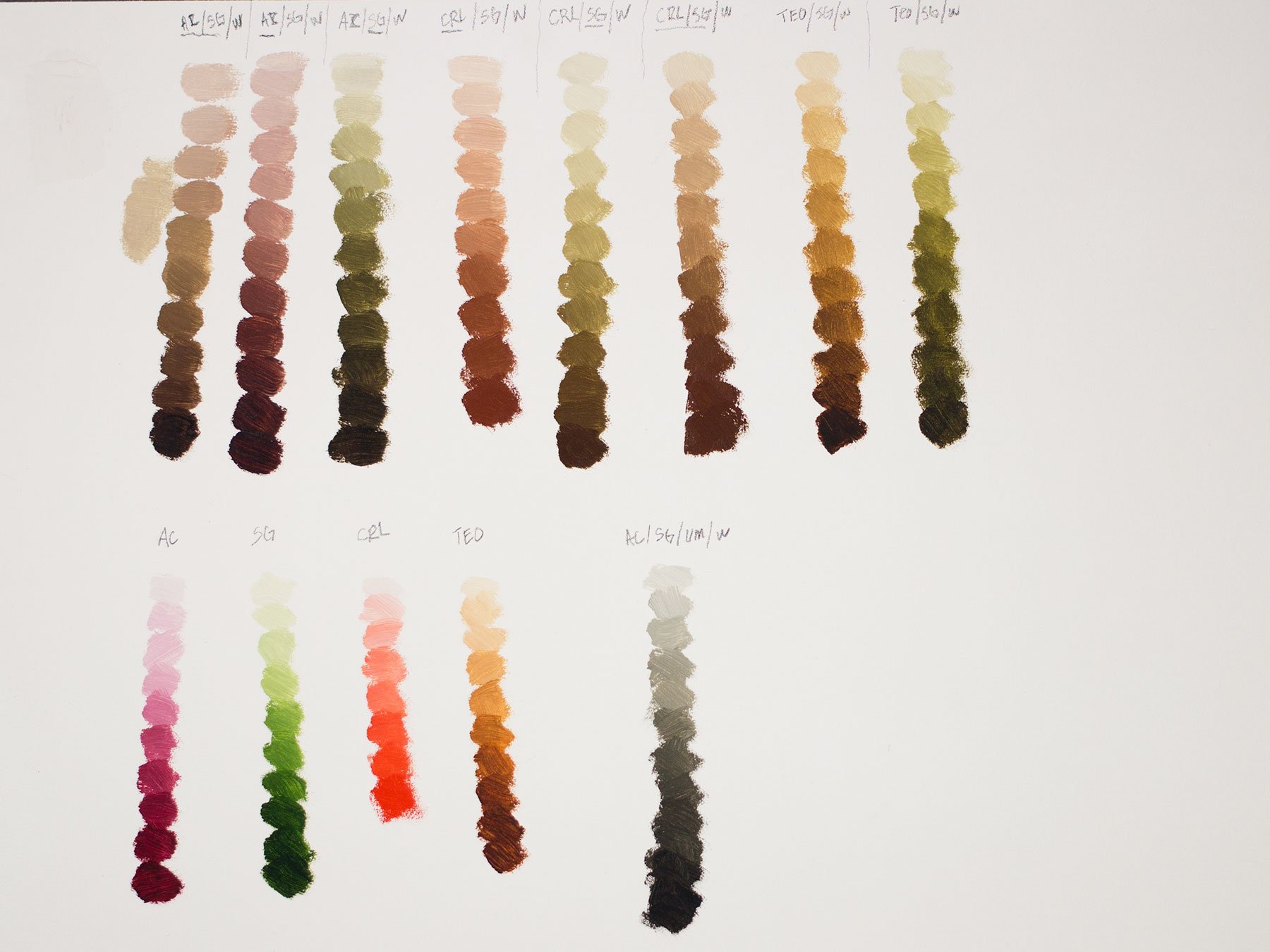 After my last painting session I realized that I needed a better understanding of my palette and the skin tones in the image, so I did some color mapping.

When I was painting this model I was just guessing about what colors I need and where they went. I didn’t even have a clear idea of mixtures that I could use to get certain colors. So most of the time I was ending up with very muddy color.

The idea is that if I can figure out a general idea of what colors I need then I can reproduce this with my palette with as least mixing as possible, thereby producing some very clean mixtures. This will also simplify the whole painting process. I can just look at my color map chart and figure out where which color on the chart will best match what I need on the photograph and put it down.

In Photoshop I picked out a multitude of spots on the figure and created some color swatches. With this I’m trying to get a relative idea of what the actual colors on the body looked like without being confused with all the other colors around them. Except for the white dot at the top, that is just pure white for a comparative.

I was surprised at the simplicity of the range of colors. Also, look how far the lightest color is from white. Just seeing this I immediately had a better understanding of all the major colors in the figure.

Now I just need to see how I can make those colors with my palette.

Again I was very surprised at the simplicity here. With two small exceptions I was able to get a very close approximation of all the colors I would need for the figure with just three colors and white.

Alizarin Permanent, Sap Green, Cadmium Red Light and White were the main mixtures. These mixtures got me 95% of the way there.

I tried two swatches with Transparent Earth Orange + Sap Green to get a more intense set, but I don’t think I will need it. I also used a mixture of Alizarin, Sap Green, Ultramarine Blue and white to get a very nice warm grey.

The main mixtures are with Alizarin and Cadmium Red Light. I did three sets of mixes with these two reds and Sap Green. Each mixture has the red dominating, the green dominating and one where they both are of equal measure. These measures are not based on amount of paint but on the color they produce.

I figure the next time I work on this figure all I have to do is have this map next to me, make a mixture then match it on the map before I put it down, easy.