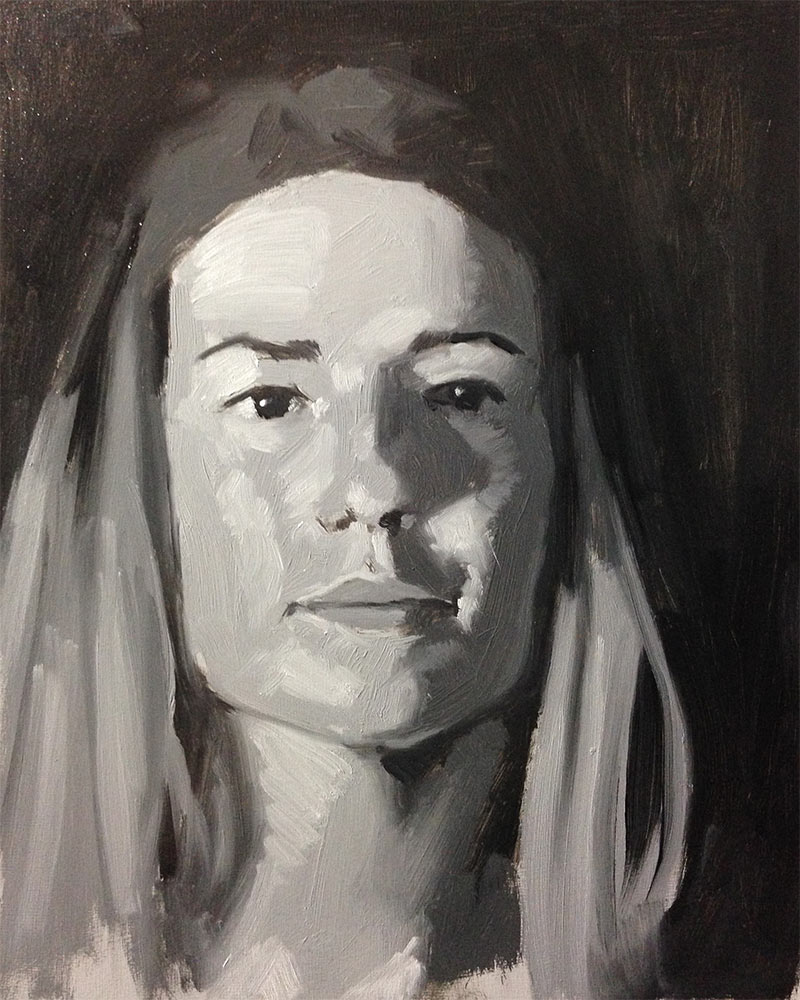 I’m thinking of the movie “Karate Kid”, when it was good, the first one, before all the sequels killed it. “Again!” Mr Miagi says, over and over again until his pupil understands. Of course this is right after a montage of training, months of hard work goes by in minutes for the viewers.

Now I’m wondering, Isn’t a great work by a master artist an instant montage of his/her entire life of training?

I did this color bootcamp assignment for the first time yesterday and I didn’t like the outcome all that much, so I did it a second time.

I’m not sure what happened here, but this one is worse than the first… Are the value correct, or is it the drawing that I hate? I’m not happy with this one at all.

Now, this one was much better, but what is better about it. I’m thinking the drawing maybe, but not sure. Comparative time!

I’m going to say it was the drawing in the second try that I was most displeased with. Also there isn’t a clear distinction in the values, they are kind of muddled on both the light and dark side. On both the second and third I made the light side of here face too light and I could have brought down the dark side a notch.

I also made the light areas on the right side of her face too light. If I was thinking about a simple cylinder when painting this I would have know, even though I couldn’t quite see it that these light patches surrounded by dar would be inherently darker than the light side due to their distance from the light source.