She is not just a slayer of vampires. She started out as the stereotypical California valley girl and then was the chosen one forced into a life of danger and heroism that eventually led to her giving everything for her sister and all of humanity.

Today media is full of strong female characters. We can’t have enough. But Buffy was one of the first. 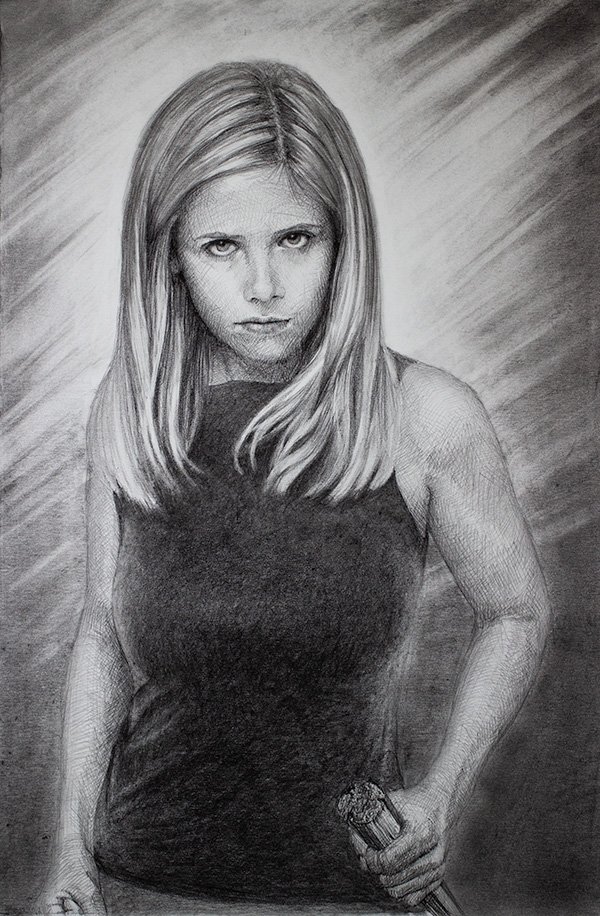 With boundless energy this morning I put in lots of deep focus and got the Buffy drawing finished.

During our Optimize Artists session today another artist shared some amazing wisdom on having respect for your art heroes and not comparing yourself to them.

For today’s post and video I’m going to give you a quick tip on how to plan your daily art.

Some amazing wisdom by Stephen Covey in his book The 7 Habits of Highly Effective People is habit number 7, “Sharpen your saw”.

The “Start Over” Dilemma

I’m loving Twyla Tharp’s book The Creative Habit and the recent Idea I just read is all about “scratching” for Ideas.

The best way to improve anything is to measure it. So if you want more art time, measure the time you do spend.

Here is another quick post because it’s more of the same consistency on daily art practice.

I’m going for the quick posts now so I’m just going to go over my Buffy drawing for session 4. Quick and easy.

I think I spent more time sharpening and breaking charcoal pencils today that I did actually drawing.

Today after more research and agonizing over imagery I finally got the Buffy drawing started.