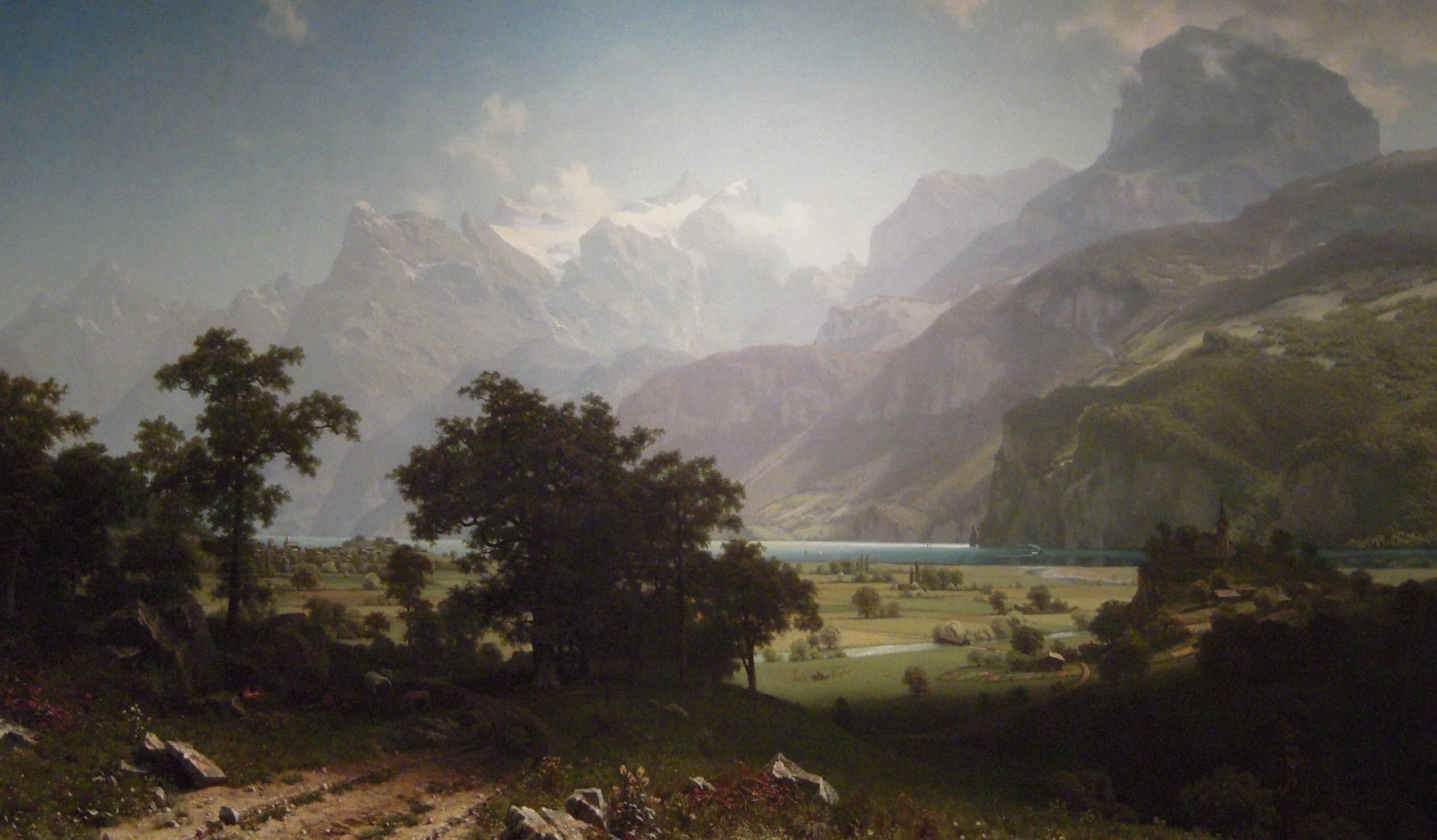 I just framed this print for our new apartment! I was hoping that this was a painting done of the Lake Lucerne here in Washington but after some research it is not the same lake. The print at the national gallery in Washington, DC

Best known for his panoramic views of the Rocky Mountains, Albert Bierstadt began his career as a painter of European landscapes. In 1856, during a period of study abroad, he spent time in Switzerland and completed the plein air sketches he would later use to compose Lake Lucerne, the most important painting of his early career.

In the spring of 1858 he sent the painting to New York for the annual exhibition at the National Academy of Design. The picture caused a sensation. Bierstadt was hailed as a bright new star on the American art stage and was elected an honorary member of the Academy.

Bierstadt’s painting offers a sweeping view of Lake Lucerne with the village of Brunnen in the middle distance and the alpine peaks Ematten, Oberbauen, Uri–Rotstock and St. Gotthard in the distance. Though an image of mountain grandeur, Lake Lucerne also contains numerous pastoral vignettes—a harvest scene near the center, a religious procession at the right, and a gypsy camp at the left.

One year after completing Lake Lucerne Bierstadt traveled to the Rocky Mountains for the first time. During the decade that followed he produced the western landscapes that brought him his greatest success. These views of the west, so often described as distinctly American, were born of Bierstadt’s experience abroad and frequency duplicate the composition of the first of his large–scale landscapes, Lake Lucerne.